Ahead of the smartphone's India launch on January 23, Vivo has officially unveiled Vivo V5 Plus smartphone and the biggest highlight of the device, as already expected, is its front-facing dual camera setup. The company has further introduced a lower-specced version of the V5 smartphone in the form of V5 Lite. Interestingly, V5 Plus was recently made available for pre-orders by a third-party retailer in Malaysia and the specifications of the device had already been revealed.

The dual-SIM Vivo V5 Plus smartphone runs Funtouch OS 3.0 based on Android 6.0 Marshmallow. It sports a 5.5-inch full-HD (1080x1920 pixels) display. It is powered by a 2.0GHz octa-core Snapdragon 625 SoC coupled with 4GB of RAM. However, the company's entire focus with this smartphone seems to have been on its camera department.

In terms of optics, the smartphone packs a 16-megapixel rear camera, tagged with LED flash. However, the truly defining aspect in the camera department comes in the form of a dual camera setup at the front (20-megapixel + 8-megapixel sensors). The 20-megapixel camera on the Vivo V5 Plus makes use of Sony's IMX376 1/2.78-inch sensor with f/2.0 aperture and 5P lens system, while the 8-megapixel camera captures depth-of-field information.

The Vivo V5 Plus comes with inbuilt storage of 64GB. It houses a 3160mAh battery that supports fast charging. In terms of connectivity options, the V5 Plus offers 4G LTE, Wi-Fi, Bluetooth 4.0, and GPS. The listing of the phone on company's website suggests that it will be made available by the company in Gold colour option only.

The smartphone measures 152.8x74.00x7.26 mm and weighs 158.6 grams. The Vivo V5 Plus comes with a fingerprint scanner embedded right into the home button. 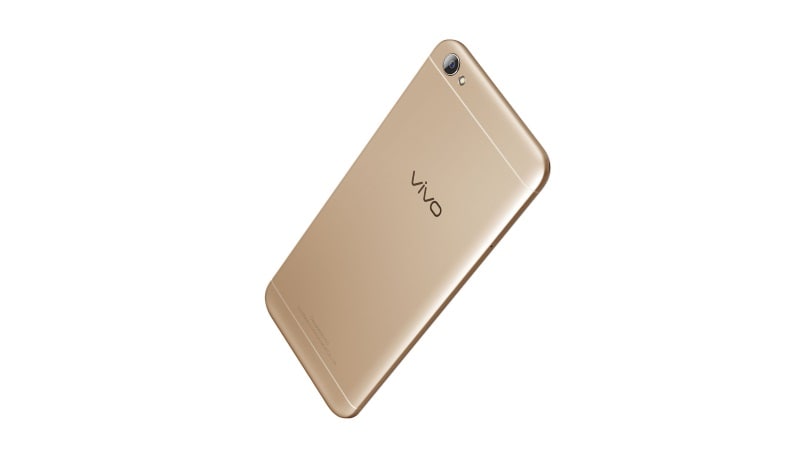 Coming to the Vivo V5 Lite smartphone, just like other recent phones launched by the company, this smartphone also features a capable 16-megapixel camera at the front. The device comes with a 'Selfie Spotlight' feature that, as per company's claims, creates lighting effects required for 'picture-perfect' images. The phone will be made available in Crown Gold and Rose Gold colours.

The Vivo V5 Lite runs Funtouch OS 3.0 based on Android 6.0 Marshmallow. The smartphone sports a 5.5-inch HD (720x1280 pixels) IPS display. The V5 Lite is powered by an octa-core 64-bit processor coupled with 3GB of RAM. In terms of optics, the phone comes with a 13-megapixel rear camera with f/2.2 aperture. At front, we have a 16-megapixel camera with f/2.0 aperture for taking selfies.

Corrigendum: A previous version of this article stated the Vivo V5 Plus sports expandable storage via microSD card. The inbuilt storage on the smartphone is not expandable, and the article has been updated to reflect this fact. We regret the error.