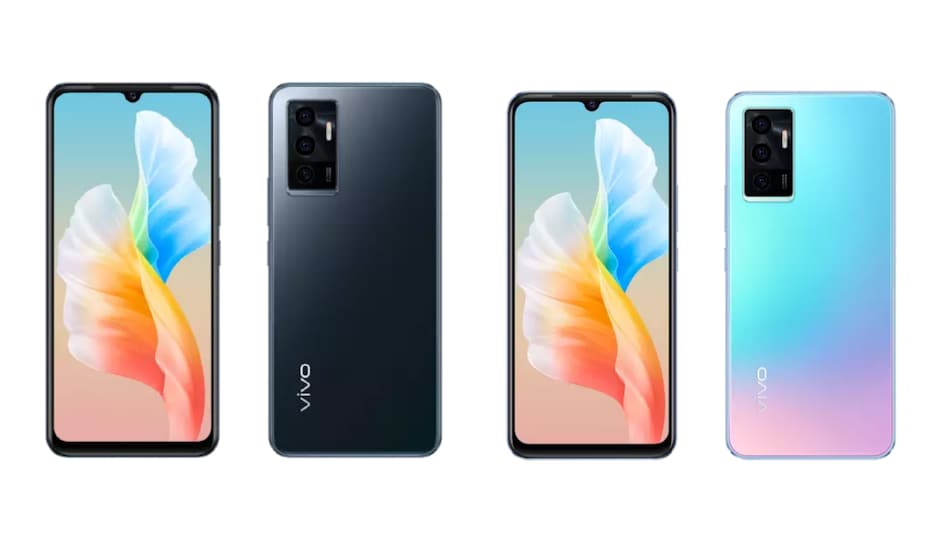 Vivo V23e 5G is scheduled to launch next week and right before its launch, it has allegedly been spotted on Geekbench. The benchmarking website hints at key specifications of the 5G-enabled smartphone from the Chinese tech giant. A dedicated microsite on Vivo's Thailand website has also surfaced online. Vivo has teased that its upcoming 5G smartphone will get a 44-megapixel primary shooter, unlike the 4G variant which gets a 50-megapixel sensor. Furthermore, Vivo V23e 5G's colour options, RAM, and storage configurations were leaked earlier this week.

There are multiple Geekbench listings for a Vivo V2126 phone, believed to be the upcoming Vivo V23e 5G. It received a single-core score in the range of 471 and 558 points, while its multi-core test scores ranged from 1,551 to 1,726. The listing shows that the Vivo smartphone is powered by MT6833V/PNZA V MediaTek's internal codename for the Dimensity 810 SoC. The chipset is shown to be paired with 8GB of RAM and runs Android 11.

The launch of Vivo V23e 5G was confirmed earlier this week and now a dedicated microsite has also appeared on Vivo's Thailand website. The microsite doesn't divulge much information about the upcoming smartphone, apart from the fact that it will get a 44-megapixel primary camera along with an ultra-wide angle lens. The smartphone visible on the microsite has a design similar to the Vivo V23e 4G which was launched earlier this month in Vietnam.

Earlier this week, tipster Sudhanshu Ambhore shared official renders of the smartphone along with some key specifications. Ambhore mentions that Vivo V23e 5G will be offered in Moonlight Shadow and Sunshine Coast colour options. Furthermore, the Vivo smartphone is said to be offered in a sole 8GB + 128GB storage variant.

The renders show a waterdrop-style notch for the selfie camera. The flat display is shown with thick bezels and an even thicker chin. At the bottom, Vivo V23e 5G seemingly only gets a USB Type-C port and a speaker grille at the bottom. The volume rocker and the power button are shown on the right spine of the smartphone.