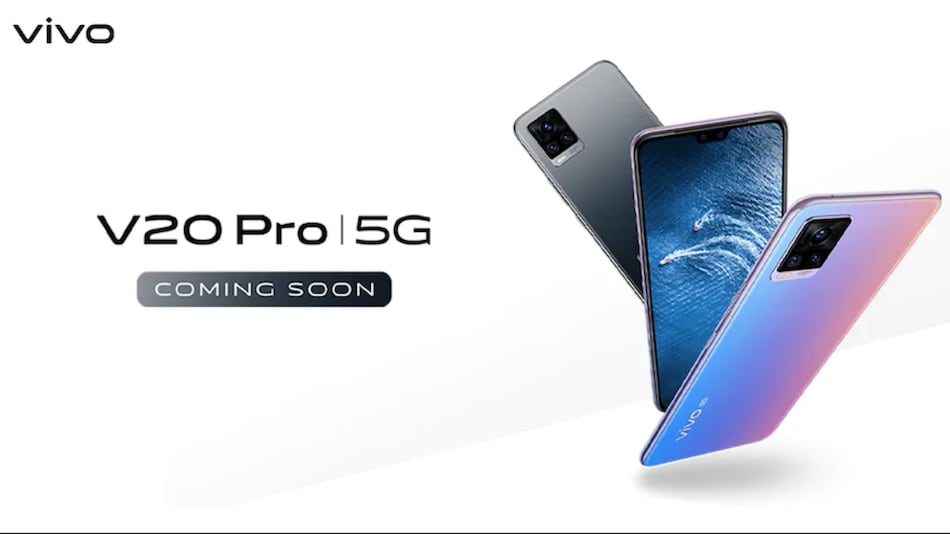 Vivo V20 Pro registrations have begun in India ahead of the phone's launch. Vivo India's official website now shows a ‘Stay Notified' button. The news comes a day after the Chinese tech giant teased the India launch on Twitter. Reports suggest that the phone could be launched in the country on December 2, however, there is no confirmation from Vivo at this time. The Vivo V20 Pro was launched in Thailand in September. The company launched the Vivo V20 in India last month.

The Vivo India official website now has a ‘Stay Notified' button that will allow users to register and stay updated about the launch of the Vivo V20 Pro in the country. It should be noted that the button is just to understand the interest of Indian consumers in the handset and does not reveal any details about the imminent launch. If you are interested, you can punch in your details to stay in the loop.

As mentioned, the Vivo V20 Pro has already been launched in Thailand. The Indian version is likely to be the same as its international variant. It runs on Funtouch OS 11 based on Android 11 and features a 6.44-inch full-HD+ (1,080x2,400 pixels) AMOLED display. Under the hood, the phone has an octa-core Qualcomm Snapdragon 765G SoC, which is coupled with 8GB of RAM. There is a 128GB of onboard storage.

Facebook Continues Fight With ‘Super Spreaders’ on US Election Misinformation