Vivo V19 Launch in India: Price, Specifications, and Everything We Know So Far

Vivo V19 will reportedly be powered by the Snapdragon 712 SoC. 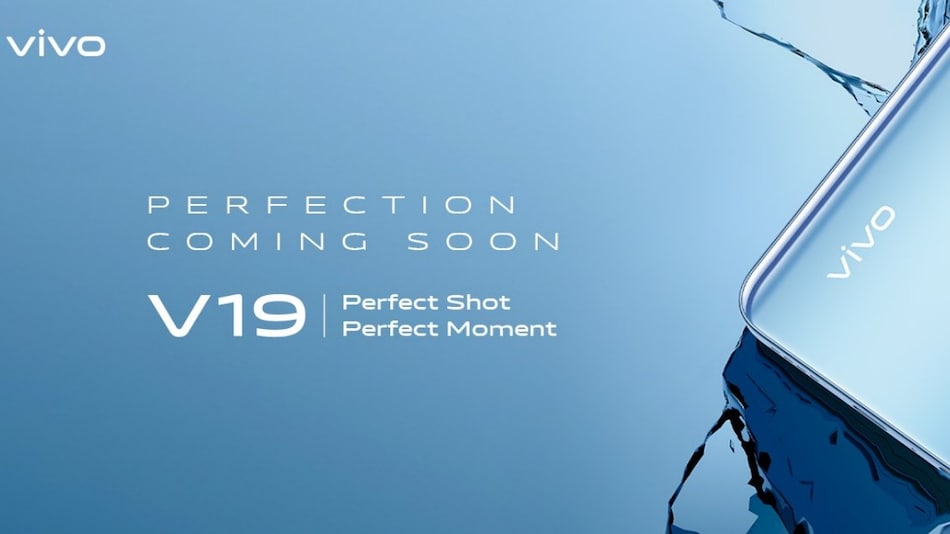 Vivo is ready to launch the Vivo V19, its latest camera-centric phone, in India. The Chinese smartphone maker has already teased that the Vivo V19 will feature dual hole-punch selfie cameras, and has also given us a glimpse of its design. The Vivo V19 packs a quad rear camera setup and an all-screen design. However, leaks have already hinted at the phone's pricing and have tipped more details about its internal hardware. Here's everything we know so far about the Vivo V19 thus far.

As per a previous report, the Vivo V19 will be priced in the ballpark of Rs. 25,000 for the base variant with 8GB of RAM and 128GB of storage. It will reportedly be up for grabs in Mystic Silver and Piano Black colour options. To recall, the Vivo V19 was originally supposed to debut in India on March 26, but the launch was delayed due to the ongoing coronavirus situation.

The Vivo V19 set to launch in India is a different device compared to the phone of the same name that recently went official in Indonesia earlier this month. The India variant of Vivo V19 will feature an octa-core Qualcomm Snapdragon 712 SoC paired with 8GB of RAM.

Leaks suggest the Vivo V19 will be offered in two storage configurations – 128GB and 256GB. Authentication on the Vivo V19 will be handled by an in-display fingerprint sensor. The phone will reportedly come equipped with a 4,500mAh battery with support for the proprietary 33W Vivo Flash Charge 2.0 charging technology. Funtouch OS 10 based on Android 10 will handle things on the software side.