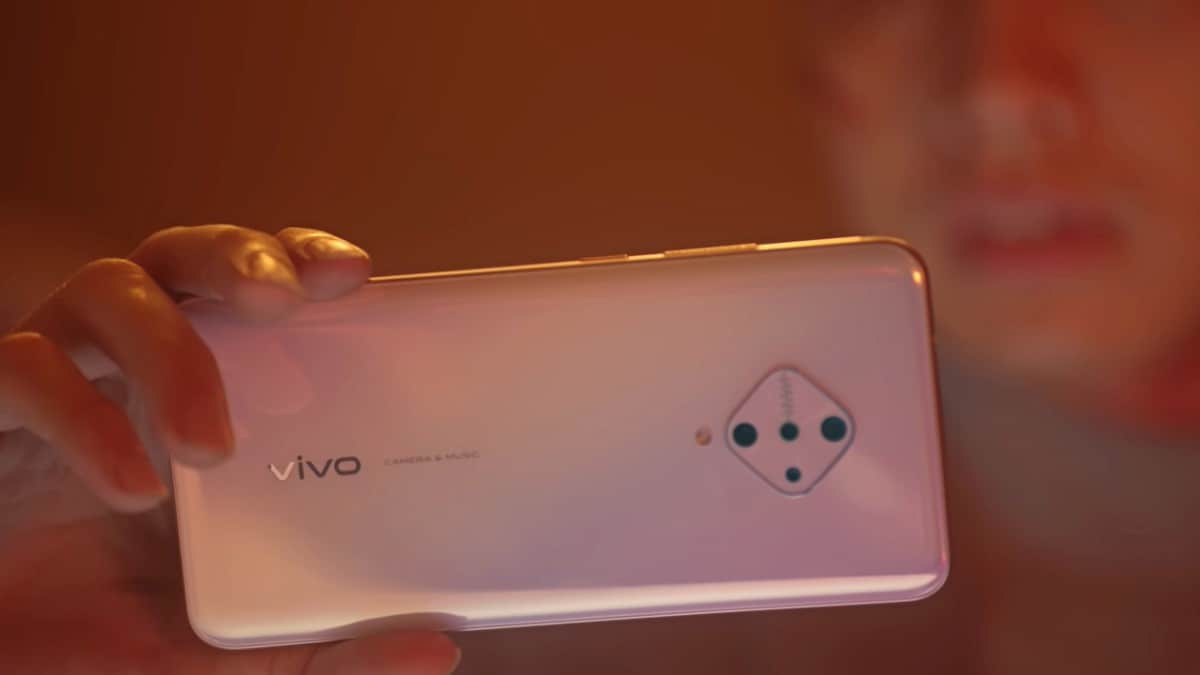 Vivo is reportedly gearing up to launch a new smartphone in the V-series that will pack quad rear cameras and might be launched as the Vivo V17. After being spotted on TENAA and appearing in leaked hands-on images, the Vivo V17 has now allegedly been spotted in a music video. The phone is shown sporting a diamond-shaped camera module that houses four cameras, and on the front, one can momentarily see the large display with a waterdrop notch and thin bezels. As of now, Vivo is yet to officially confirm the Vivo V17's existence, but its appearance in the music video is a sign that the phone might be launched soon.

The music video being talked about here is titled “I'm Still Loving You” by Vietnamese pop star Noo Phuoc Thinh, and it is currently available on YouTube via his eponymous channel. We get a clear look at the alleged Vivo V17's display and its waterdrop notch at the 2:47 mark in the video, while its rear panel can be seen at the 2:51 point. The phone appears to have a glossy finish with a pearl white colour and a subtle gradient effect that we have seen on the likes of Samsung Galaxy S10 and Xiaomi Mi A3.

The design of the phone - down to the diamond-shaped camera module with four lenses, the waterdrop notch, and even the branding – look identical to the leaked Vivo V17 live images that surfaced earlier this month. Moreover, the phone in the video looks almost identical to the images that were uploaded on its TENAA database carrying the model numbers V1945A and V1945T, indicating that the Vivo phone spotted in the music video is most likely the Vivo V17.

As far as specifications go, the Vivo V17's TENAA listing reveals a 6.38-inch full-HD+ (1080 x 2340 pixels) AMOLED display and an octa-core processor clocked at 2.0 GHz paired with up to 8GB of RAM and 256GB of internal storage. The phone's main 48-megapixel camera will be assisted by an 8-megapixel secondary sensor and a pair of 2-megapixel snappers, while selfies will be handled by a 32-megapixel front camera. The Vivo V17 will come equipped with a 4,390mAh battery, but there is no word on support for fast charging, or a launch date.