Vivo V15 has finally gone official, after much anticipation following the Vivo V15 Pro launch in India India. The Chinese company has launched the Vivo V15 in Malaysia and Thailand markets, and the model is very similar to the higher-end model that was launched in India last week - packing a pop-up selfie camera as well. The smartphone also comes with 6GB of RAM and a triple rear camera setup. However, unlike the V15 Pro that has a Qualcomm Snapdragon 675 SoC, the Vivo V15 includes with a MediaTek Helio P70 SoC. There is also a traditional fingerprint sensor at the back, instead of an in-display fingerprint sensor that's available on the Pro-variant. It is believed to be coming to the Indian market as well, if teasers are to be believed.

The Vivo V15 price in Thailand has been set at THB 10,999 (roughly Rs. 24,500). The phone comes in Topaz Blue and Glamour Red colour options with gradient finish on top. However, the availability of the Vivo V15 in the Thailand market is yet to be announced. The phone has also been listed in Malaysia but without any price and availability details. Moreover, some previous reports speculated the launch of the Vivo V15 in India. The company's promotional posters about the V15 Pro in the country also show the V15 model, indicating at the possibility of its release in the country.

To recall, the Vivo V15 Pro was launched in India last week with a price tag of Rs. 28,990 for the lone 6GB RAM/ 128GB storage confirmation. 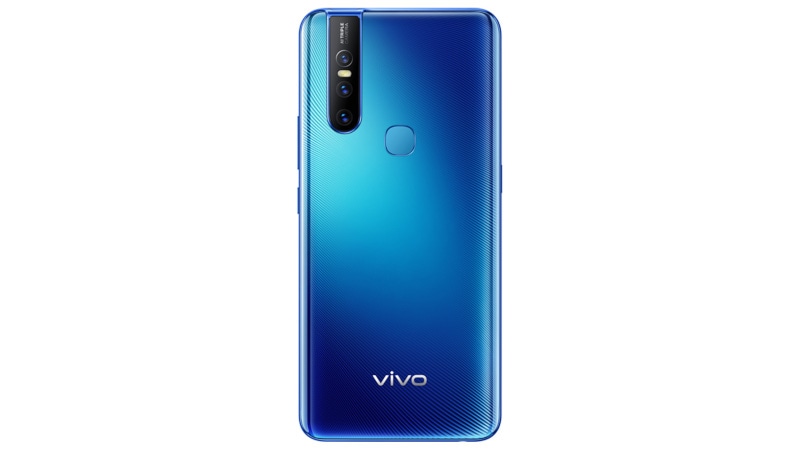 For storing content, the Vivo V15 comes with 128GB of onboard storage that is expandable via microSD card (up to 256GB). Connectivity options include 4G LTE, Wi-Fi, Bluetooth v4.2, GPS/ A-GPS, FM radio, Micro-USB with OTG support, and a 3.5mm headphone jack. In terms of the sensors, there is an accelerometer, ambient light sensor, gyroscope, magnetometer, and a proximity sensor.