Vivo V11 Pro has recently been in the news for getting a price cut and now, word on the street is that the phone is getting the Android 9 Pie software update. The update seems to be rolling out in batches since our review unit hasn't picked it up yet. From what we can tell, there's no official mention about this from Vivo yet. We reached out to the company and were told that it is currently testing the new firmware in limited numbers.

One lucky Delhi-based user seems to be one of the few who have managed to get the update for the phone. Anmol Kumar (@Anmols32) posted a screenshot of the update on Twitter, which gives us a little peak at what to expect. The update is reported to be about 3.11GB in size and some of the new highlights include an upgrade to Android 9 Pie, a new look for the UI, an upgraded Shortcut Centre and more. We don't know all the new features in the new version but Kumar has confirmed the presence of a system-wide Dark Mode in another tweet. We're not sure about the other new features in the new version yet, but we'll know once the update rolls out more widely. 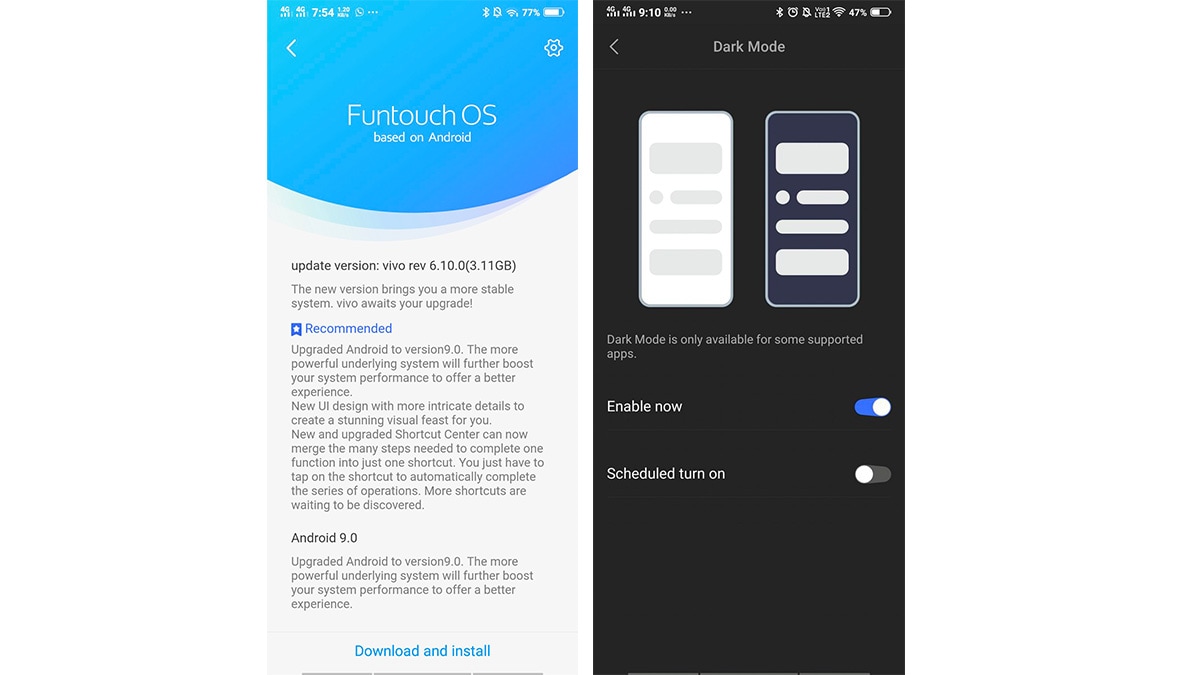 Further reading: Vivo, Vivo V11 Pro, Android 9 Pie, FunTouch OS
Roydon Cerejo Email Roydon
Roydon Cerejo writes about smartphones and laptops for Gadgets 360, out of Mumbai. He is the Deputy Editor (Reviews) at Gadgets 360. He has frequently written about the smartphone and PC industry and also has an interest in photography. With over a decade of experience covering the consumer technology space, he is also an avid sci-fi movie and TV show geek and is always up for good horror flick. Roydon is available at roydon@gadgets360.com, so please send in your leads and tips. More
Realme 3 Pro vs Redmi Note 7 Pro: Price, Camera, Specifications Compared
Hackers May See What Bandersnatch, You vs. Wild Choices You Make on Netflix, Claim IIT Madras Researchers