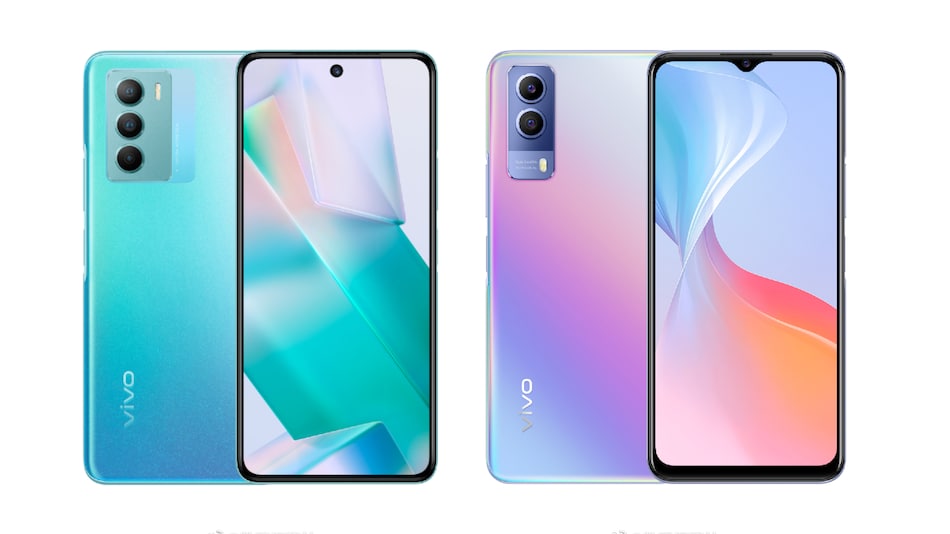 Vivo T1 series is all set to launch in China on October 19. The lineup is reported to include two models — Vivo T1 and Vivo T1X. The two phones have leaked in official renders, showing design from both front and back. The Vivo T1 and Vivo T1X smartphones' specifications have also leaked online, leaving very little to imagination. Vivo T1 and Vivo T1X are likely to pack a 5,000mAh battery and feature an LCD display.

While Vivo has confirmed the arrival of the Vivo T1 series, the exact model names and timing of the event are not yet officially announced. Known Chinese tipster Digital Chat Station has leaked that the series may include Vivo T1 and Vivo T1X. Renders of both the phones have also been leaked. Vivo T1 is seen to feature a hole-punch display with the cut out placed in the centre. It is shown to feature a triple rear camera setup with the sensors sitting one below the other. Vivo T1 is tipped to come in Black and Blue gradient finishes.

Vivo T1X, on the other hand, is seen to feature a waterdrop-style notch and a slight chin at the bottom. Vivo T1X features a dual rear camera setup and is leaked in three different hues — Black, Light Blue, and Purple.

Digital Chat Station has also leaked key specifications of both the phones. Vivo T1 is tipped to be powered by the Snapdragon 778G SoC, whereas Vivo T1X may be powered by the MediaTek Dimensity 900 SoC. Other leaked specifications include an LCD display on both the smartphones. Vivo T1 and Vivo T1X may feature a 64-megapixel main camera on the back. The tipster claims that the Vivo T1 and Vivo T1X may pack a 5,000mAh battery. Other than this, no additional information has been leaked.

Vivo will likely offer pricing and availability details of Vivo T1 and Vivo T1X at the launch event on October 19.