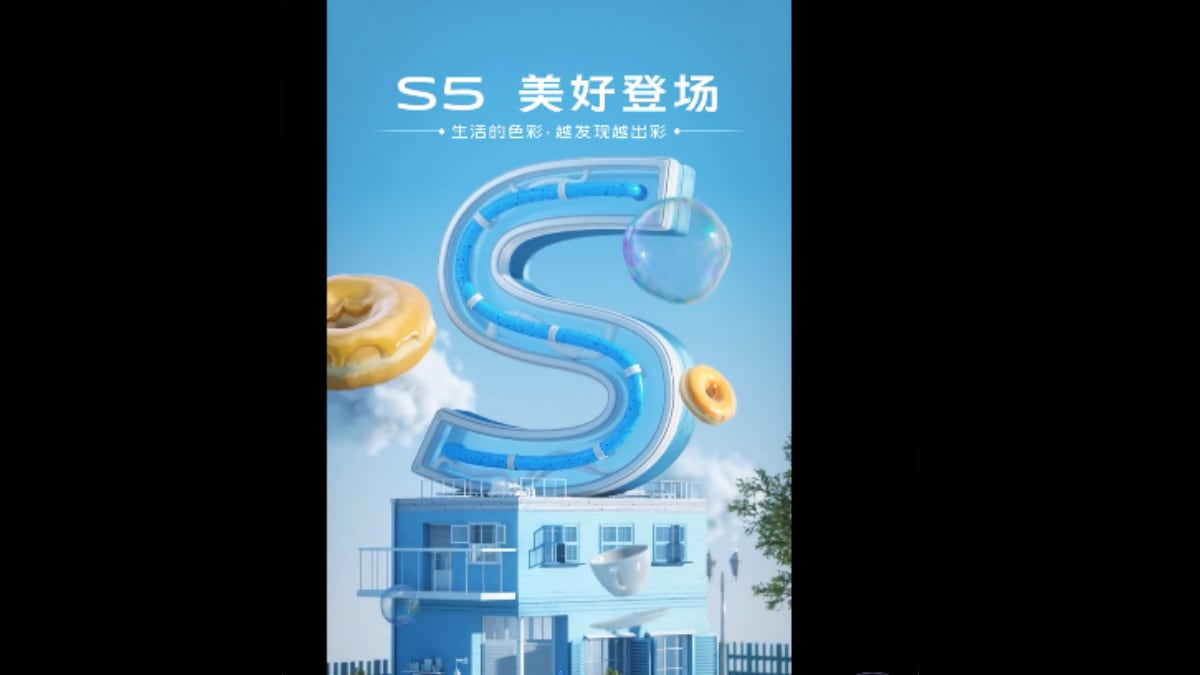 Vivo has started teasing the upcoming launch of the Vivo S5 phone. The teaser confirms the name of the phone and its imminent arrival. The Vivo S5 has been leaked recently in the past, and finally the company has confirmed its existence. The phone will be a part of the Vivo S series launched in China in May. The first phones to launch in this series were the Vivo S1 and Vivo S1 Pro. The Vivo S1 was launched globally as well, but it came with a waterdrop-style notch, instead of the pop-up selfie camera seen on the China variant.

Coming back to the Vivo S5, the company has taken to Weibo to post about the Vivo S5. Vivo has teased the arrival of the Vivo S5 via a video, which confirms the name of the upcoming Vivo ‘S' series phone. The video reveals little else, and stresses that the phone will sport a good aesthetic. The launch date of the phone is also not known, but now that the teasers have started rolling in, it shouldn't be too far off.

Vivo S5 was supposedly leaked by Chinese singer Cai Xukun in a media interview. The phone's back can be seen as he holds the phone in his hands, and it appears to sport a diamond-shaped rear camera module. The camera module seems to include a laser autofocus sensor and an LED flash alongside the triple rear camera setup. In comparison, the Vivo S1 and Vivo S1 Pro phones sport rear camera setups that are aligned vertically. The Vivo S5 is seen to sport a gradient back panel finish, just like the Vivo S1 and Vivo S1 Pro.

MakeMyTrip and Oyo Under Investigation by the Competition Commission of India
House of the Dragon: Game of Thrones Prequel Announced With Straight-to-Series Order