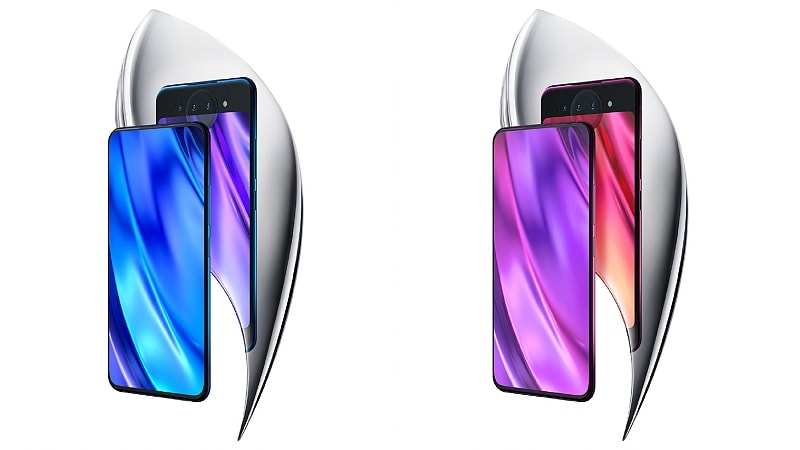 Vivo Nex 2, or Vivo Nex Dual Screen edition as it also rumoured to be called, has received new teasers in the form of posters and videos ahead of its launch of December 11. The new teasers clearly show the bezel-less front display, and a secondary display below what looks like a triple rear camera setup. Separately, the Vivo Nex Dual Screen edition has been leaked in hands-on images, showing the same design as the official posters. We don't have long to wait till everything becomes final next week.

The Vivo Nex 2 aka Vivo Nex Dual Screen edition is seen in posters uploaded to Weibo with two rear cameras within a circular module, with the flash module on the right (when facing the rear) of it and the third lens on the right of it. The circle seems to extend into the secondary display. Notably, the purpose of the second display is primary to remove the need for a front camera, allowing users to utilise the rear camera to shoot selfies while looking at the rear display. The video teaser, also uploaded to Weibo, doesn't show anything of value, beyond teasing the launch of the new smartphone.

As for the hands-on images, leaked via a Weibo blogger named Ophone, show two colour variants of the smartphone, with one in a purplish gradient colour and the other in a blueish gradient colour. The photos also show the smartphone placed besides the Vivo Nex, and we see the Vivo Nex Dual Screen edition smartphone to be slightly smaller, and thinner. Also clearly visible is the presence of a 3.5mm headphone jack on top, and a USB Type-C jack at the bottom - the leaked images were first reported by GSMArena.

Previous leaks tip that the Vivo Nex Dual Screen edition or Vivo Nex 2 smartphone will sport up to 10GB of RAM, and 128GB of inbuilt storage. To recall, the company has started taking registrations for the Vivo Nex 2 on its website, and has also teased improved low-light photography.