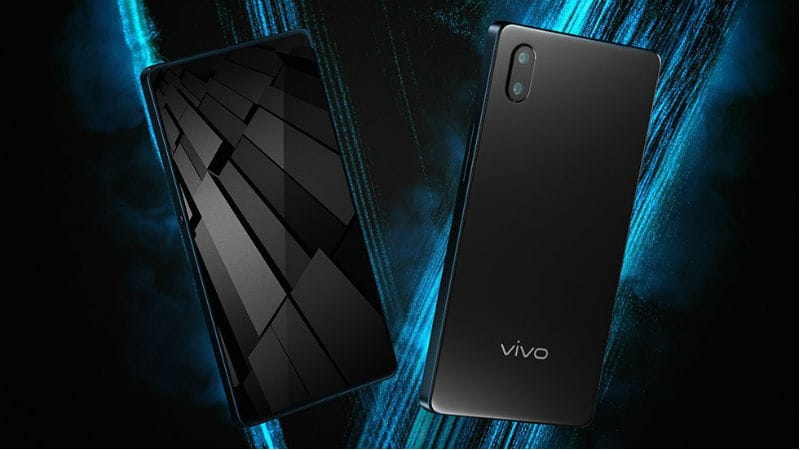 Chinese smartphone maker Vivo appears set to launch its much-anticipated Apex smartphone next month. The Vivo Apex made its initial appearance as a concept phone at MWC 2018 and its formal announcement was made in March this year. The key highlights of the smartphone include a 91 percent screen-to-body ratio, half-screen fingerprinting scanning tech, and an elevating (or pop-up) selfie camera. It was earlier revealed that the mass production of the handset will begin by the middle of the year. Now, the company has released a 'save the date' invite about an event in Shanghai on June 12, during which it is expected that the market-ready version of the Vivo Apex will be introduced.

Vivo has revealed that it will host an event in Shanghai, China to launch a new smartphone, as per an Android Central report. Interestingly, the company has also showcased a new advertisement in China that highlights the features of the upcoming handset. The teaser is essentially a commercial that Vivo will air during the FIFA World Cup 2018, as per the company's post on Chinese microblogging site Weibo. Notably, it is unclear what the phone will be called and there is little information on the specifications it will have, but the handset looks similar to the Apex concept that was released earlier. Details about the price of the new smartphone are yet to be confirmed.

The Apex smartphone has what Vivo calls the world's first half-screen in-display fingerprint scanner that lets the complete bottom half of the OLED screen recognise a user's fingerprint. While Vivo has not revealed too many details of the smartphone, reports have previously claimed that the APEX will sport a 5.99-inch display with 18:9 aspect ratio. To deliver a full-screen user experience, the Vivo APEX also has embedded ambient and proximity sensors under the display. It will be powered by the Qualcomm Snapdragon 845 SoC. The company also shared a new advertisement ahead of 2018 FIFA World Cup, in which the bezel-less display smartphone and its pop-up front camera can be clearly seen. Check it out below.

An interesting feature of the Apex phone is that the top of the handset features a hidden 8-megapixel selfie camera that is claimed to elevate from the body in just 0.8 seconds. The camera also reportedly includes an artificial intelligence (AI) algorithm and features such as smart optimisation, ultra-dynamic, multi-frame preferences, character optimisations, and natural tones. The Vivo Apex is also reported to have left and right bezels with merely 1.8mm of thickness, while the bottom side of the handset has a bezel space of 4.3mm. Overall, there is a 7.8mm of thickness. Further, the handset is said to have a System-in-Package (SiP) to deliver a Hi-Fi audio experience. There are also three amplifiers along with a built-in DAC (Digital-to-Analogue Converter). The smartphone has a proprietary Screen SoundCasting technology that generates vibrations through the display to produce sound. This works as an earpiece as well as a loudspeaker.

Deadpool 2 Credits Scenes Are Canon. That's Not Good
PS4 End of Life in Three Years, Sony 'Preparing for the Future'