Chinese smartphone brand Vivo at MWC 2018, had unveiled a concept phone dubbed APEX with an in-display fingerprint scanner and a selfie camera that pops up when required. The concept phone called APEX is expected to be a head-turner, especially because of its headlining feature that the company describes as "Half-Screen In-Display Fingerprint Scanning Technology." Now, Vivo is reported to have shared an invite with Chinese media for an announcement on March 5, and it appears to be directly related to the APEX smartphone.

As per a Chinese technology blog ITHome, Vivo has sent out media invites for an event to be held at the Vivo Hangzhou Institute on March 5. The invite uses the words "Unlock the Future", which exactly echoes the promotional material Vivo had used to showcase the APEX full-screen concept phone. It's unlikely Vivo will launch the phone for the market, as going from 'concept' to production in just one a week doesn't seem feasible. However, the announcement on March 5 certainly seems related. 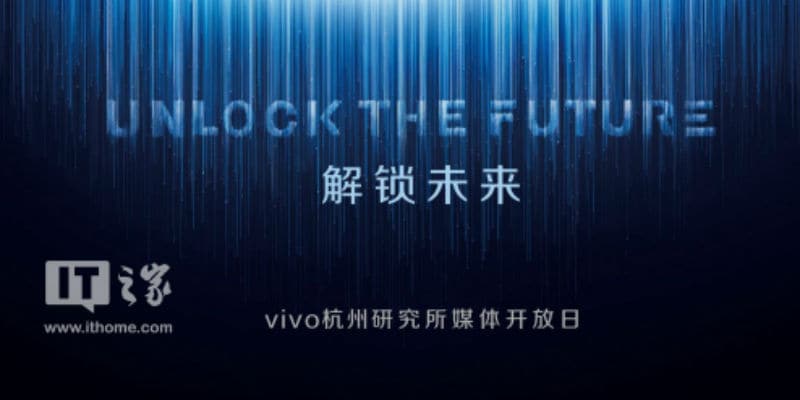 Getting back to the Vivo APEX. The company said it has fitted what it calls the world's first half-screen in-display fingerprint scanner that lets the complete bottom half of the OLED screen recognise a user's fingerprint. While Vivo has not revealed too many details of the smartphone, the ITHome report claimed that the APEX will sport a 5.99-inch display with 18:9 aspect ratio.

Interestingly, the Vivo APEX concept handset sports an 8-megapixel elevating front camera that opens when required and retracts when not in use. It also features Vivo's own Screen SoundCasting technology that sends vibrations through the display without the need for a traditional loudspeaker.

The top and side bezels in Vivo APEX measure just 1.8mm and is claimed to be the thinnest in the industry. Additionally, it has a 4.3mm bottom bezel and a screen-to-body ratio exceeding 98 percent. The phone also features a new System in Package (SIP) technology to integrate the DAC and the three operational amplifiers together, reducing the need for circuit board space by nearly 60 percent compared to previous Vivo Xplay6.