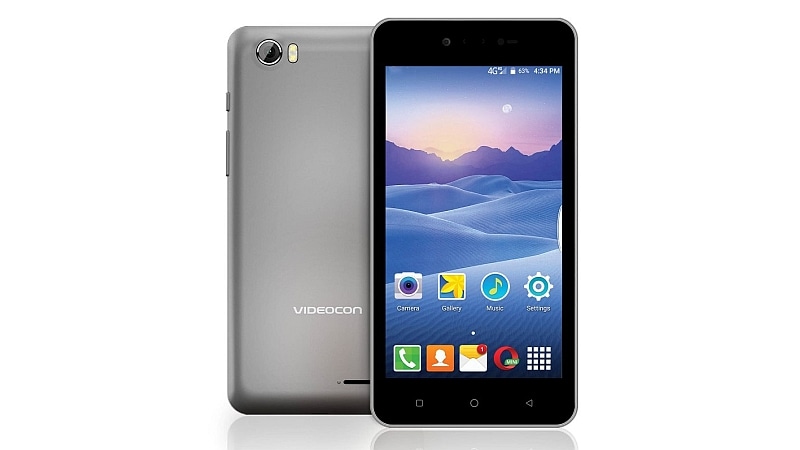 Videocon on Monday launched a new smartphone in its Delite series in India, the Delite 11+. Priced at Rs. 5,800, the Videocon Delite 11+ will be available across India in a Space Grey colour variant by the end of the month.

The Videocon Delite 11+ is a dual-SIM (Micro+Micro) smartphone that runs on Pro 360 OS, based on Android 6.0 Marshmallow. The smartphone bears a 5-inch FWVGA (480x854 pixels) display and is powered by a 1GHz quad-core MediaTek MT6735M processor coupled with 1GB of RAM.

The Delite 11+ sports a 5-megapixel rear camera with LED flash, and, a 2-megapixel front-facing camera also accompanied by LED flash. The Videocon smartphone bears 8GB of inbuilt storage that's expandable via microSD card (up to 32GB).

The Videocon Delite 11+ features 4G VoLTE, GPS, Wi-Fi 802.11 b/g/n, Bluetooth v4.0, Micro-USB, and FM radio connectivity. It is powered by a 3000mAh removable battery. It measures 146x74x10mm. Sensors on board include an accelerometer, ambient light sensor, and a proximity sensor. The company is touting features of the Pro 360 OS, including a floating call window and Ultra Power Saving mode. It will come bundled with free games from Gameloft.

Speaking on the launch of Delite 11+,. Akshay Dhoot, Head of Technology & Innovation, Videocon, said, "Videocon is committed to continue innovations which are inspired by the in-depth understanding of the smartphone users. It has been our endeavour to stay ahead and lead the constantly changing scenario of the handset industry and also meet the needs of the consumers. We are confident that our Delite 11+ featuring Pro 360 OS will make a perfect choice for smartphone users who are looking for a powerful 4G device which also offers data security and privacy."