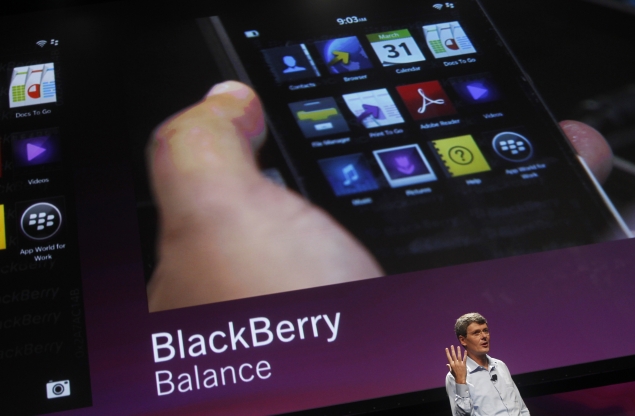 Three of the top U.S. cellphone carriers signaled this week that they would support Research In Motion's BlackBerry 10 products, the first of which are due to be unveiled Jan 30, offering a hopeful sign for RIM's comeback effort.

Executives at Verizon Communications, AT&T Inc and T-Mobile USA all said they are looking forward to the devices, which will be crucial for RIM's chances of regaining lost ground from rivals such as Apple Inc and Samsung Electronics.

"We'll carry it," McAdam said in an interview at the Consumer Electronics Show in Las Vegas.

BlackBerry 10 is RIM's next-generation mobile operating platform and it is preparing to launch new smartphones later this month. Word that major carriers will offer the devices is good news for RIM.

RIM, which once commanded the lead in the smartphone market, has rapidly lost ground to Apple's iPhone and Samsung's line of Galaxy products, especially in North American and European markets, as customers abandon its aging BlackBerry devices.

It has been testing the new BlackBerry 10 devices with carriers so they can assess their compatibility with networks.

"We're extremely optimistic that it's going to be a successful product and our business customers are extremely interested in it," Chief Executive John Legere said.

AT&T has promised to support the BlackBerry 10 platform, according to Chief Marketing Officer David Christopher, but he would not discuss specific devices.

However, AT&T handset executive Jeff Bradley made it clear that the No. 2 U.S. mobile operator would carry the phone.

"It's logical to expect our current (BlackBerry) customers will have the best BlackBerry devices to choose from in the future," Bradley said.