US to hold talks with India on Blackberry issue 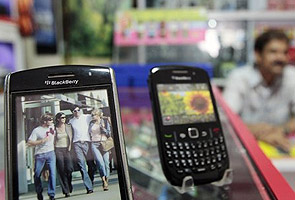 Highlights
The US has initiated talks with countries like India, UAE and Saudi Arabia, besides the Canada-based firm RIM that owns BlackBerry so as to address the "legitimate" security concerns of these nations.

"We are reaching out to those countries - the UAE, Saudi Arabia, India and others - to understand the security concerns and see if we can work collaboratively to find solutions.

"So that's a process that is ongoing here at the Department of State. I've got no, you know, announcements to make at this point," State Department spokesman P J Crowley told reporters at his daily news conference.

The United States has also been in touch with RIM, the Canadian company that operates the BlackBerry network worldwide.

"We're going to have follow-on meetings with RIM to try to understand fully the issues that have been raised to the company and see if we can't determine how to meet both the security needs that these countries are expressing and also ensure the free flow of information as we are advocating," Crowley said.

Earlier in the day, Secretary of State Hillary Clinton said: "We are taking time to consult and analyse the full range of interests and issues at stake because we know that there is a legitimate security concern, but there's also a legitimate right of free use and access. So, I think we will be pursuing both technical and expert discussions as we go forward."

If some of these countries follow through on the BlackBerry ban that they have announced, it would have an impact on the US government and its diplomats operating in different countries.

"Once we gain a better understanding then we'll see what we can do about developing and suggesting particular solutions," Crowley said.