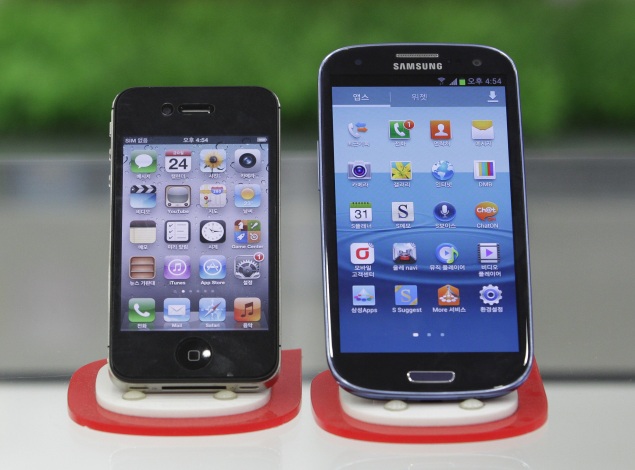 Apple won a $1.05 billion verdict last August against Samsung, but last week Koh slashed about $450 million from that amount and ordered a new damages trial. The judge had already rejected Apple's request for a permanent sales ban against several Samsung phones.

Apple has appealed and a ruling is not expected until September at the earliest.

Apple also accused Samsung in a second lawsuit of violating a separate batch of patents, including the rights to search technology that is part of the iPhone Siri voice feature. That case is scheduled for trial in March 2014.

At a hearing last month, Koh asked whether the second case should be put on hold until after the appeals court ruled on the first. Apple objected to the idea, and on Friday Koh ruled that the case could continue.

However, Koh ordered both companies to "significantly" streamline the issues in the case by cutting down on the number of legal claims and expert witnesses.

The legal fight has been widely viewed as a proxy war between Apple and Google Inc. Samsung's hot-selling Galaxy smartphones and tablets run on Google's Android operating system.