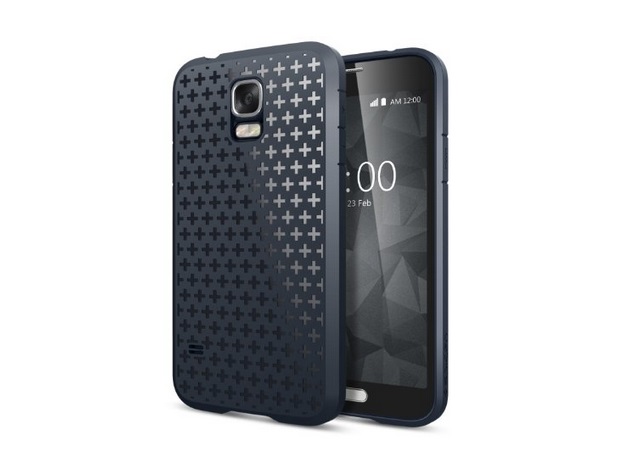 Samsung Galaxy S5, which is all set to see light of the day on February 24 in Barcelona at the side-lines of MWC 2014, has been purportedly leaked in an Amazon case listing, with two variants of the device visible.

The listing at the popular e-commerce site, Amazon shows Spigen's case for the yet-to-be-launched Galaxy S5 mounted on the device; however the front panel is not completely revealed. The biggest visible difference between the two spotted variants of the S5 seems to be the presence of a home button (keeping alive the Galaxy S tradition) below the display. The variant which features the said button also seems to be slightly smaller.

Both leaked Galaxy S5 variants seem to feature a rear camera that is accompanied by a dual-LED flash. Notably, the case has autofocus printed below the flash of the Galaxy S5. The purported lockscreen on the Samsung Galaxy S5 shows 23 February date and 12:00 time. 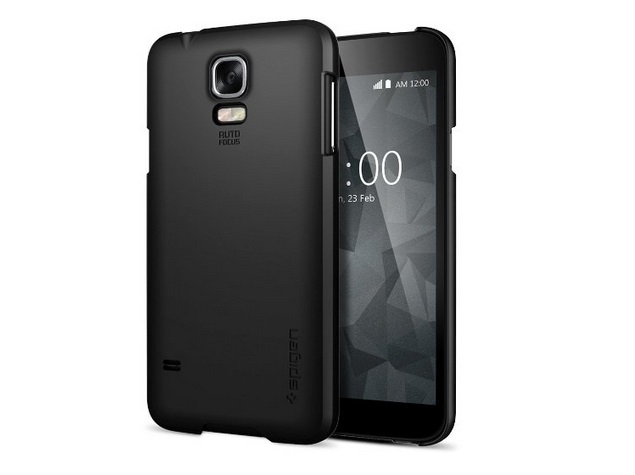 Further, the alleged listings, which were first spotted by Phone Arena, shows what seem to be metal-plated volume rocker buttons on the Galaxy S5 in both variants, placed on the left side of the device.

Earlier on Friday, Samsung shared a new unPacked trailer which confirmed that the company will be unveiling the next Galaxy flagship smartphone, which will almost definitely be called the Galaxy S5, at MWC 2014.

The official unPacked trailer consisted of a series of images which are accompanied by taglines in the middle. Notably, the official trailer seems to confirm some of the features that have been rumoured for the Samsung Galaxy S5 for some time now.

Samsung is long-rumoured to debut its new TouchWiz UI on the Galaxy S5.