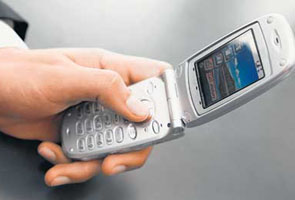 Text messaging offer tweens a short cut to send notes to friends and family, but it could also subvert language and grammar skills, point out researchers.

When tweens write in techspeak, they often use shortcuts, such as homophones, omissions of non-essential letters and initials, to quickly and efficiently compose a text message.

"They may use a homophone, such as gr8 for great, or an initial, like, LOL for laugh out loud. An example of an omission that tweens use when texting is spelling the word would, w-u-d," said Drew Cingel, former undergraduate student in communications, Penn State University, the journal New Media & Society reported.

Cingel, who worked with S. Shyam Sundar, professor of communications and co-director of the Penn State's Media Effects Research Lab, said the use of these shortcuts may hinder a tween's ability to switch between techspeak and the normal rules of grammar, said a university statement.

Cingel, currently a doctoral candidate in media, technology and society, Northwestern University, then gave middle school students in a central Pennsylvania school district a grammar assessment test. The researchers reviewed the test, which was based on a ninth-grade grammar review, to ensure that all the students in the study had been taught the concepts.

"Overall, there is evidence of a decline in grammar scores based on the number of adaptations in sent text messages, controlling for age and grade," Cingel said.

"If you send your kid a lot of texts with word adaptations, then he or she will probably imitate it," Sundar said.

"These adaptations could affect their off-line language skills that are important to language development and grammar skills, as well," he added.