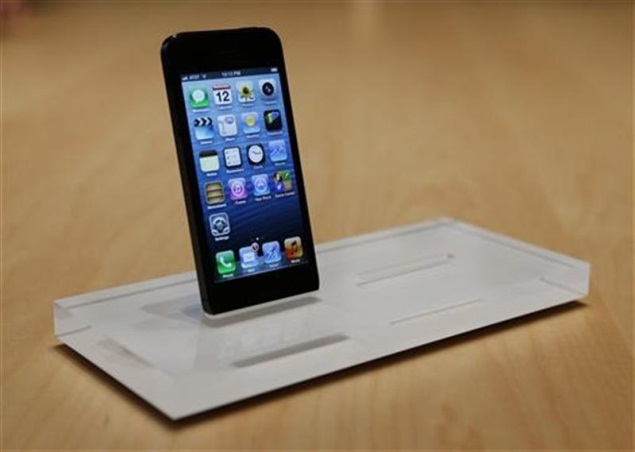 Taiwan Semiconductor Manufacturing Co has started producing chips to be used in Apple's next iPhone, reports said Wednesday, as speculation swirls that US firm could be offloading rival Samsung as a supplier.

The reports said TSMC had swept most of the manufacturing orders for logic and power management integrated chips that would be installed on the handset. The Commercial Times forecast the new phone, which will likely have a 4.7-inch screen, to hit shelves early in the third quarter.

TSMC declined to comment on the report, but the firm's shares closed up 2.33 percent at Tw$110.0 Wednesday.

The news has fed rumours that Apple is reducing its reliance for parts on South Korean giant Samsung, its main competitor in the mobile phone market and a bitter rival with which it is contesting several copyright court battles globally.

(Also see: Samsung out of race to produce A8 chips for Apple: Report)

Taipei-based website TechNews has claimed TSMC will now replace to become the sole manufacturer of the A8 chips.

Last year the Wall Street Journal cited unidentified TSMC executives as saying Apple had struck a deal with the Taiwan firm as part of its move to diversify suppliers.

Samsung last month unveiled its new flagship Galaxy S5 smartphone armed with a fingerprint scanner and a built-in heart rate sensor as it looks to cement its position as leader in the multibillion-dollar smartphone market.

Samsung made about 30 percent of all smartphones sold globally last year, nearly twice the share of Apple.