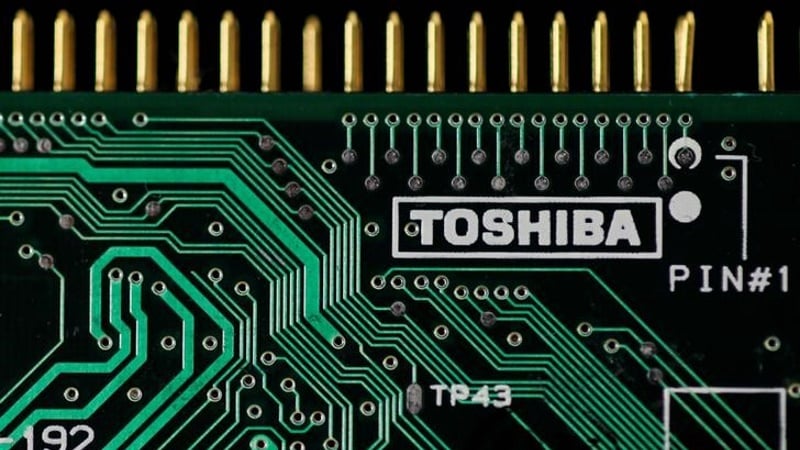 Western Digital Corp said it matched rival bidders' offers to acquire Japanese conglomerate Toshiba Corp's flash memory unit ahead of a court hearing on Friday over whether to halt the auction process.

Western Digital, in court documents filed July 7, said it has made six proposals since February, including a proposal on June 27 matching the best offer. On June 21, Toshiba said its preferred bidder was a consortium of Bain Capital and Japanese government investors offering $18 billion.

Since February, Toshiba has been scrambling to sell its memory chip business, the second largest in the industry after Samsung Electronics Co Ltd, to cover losses from its ailing nuclear reactor division. But suitor Western Digital sued Toshiba in San Francisco County Superior Court for an injunction to stop the sale, arguing that a joint-venture it has with Toshiba at a plant in Japan means the chipmaker cannot sell without its consent.

In a filing on July 7, Mark Long, the chief financial officer of Western Digital, said the company's most recent offer on June 27, made with private equity firm KKR, "is in line with the highest competing bids for (Toshiba's chip unit) that have been reported in the press."

The actual dollar figure of Western Digital's offer is redacted from the document. Western Digital declined to comment. Toshiba did not immediately respond to a request for comment.

Toshiba has asked the court in San Francisco to dismiss Western Digital's attempt to stop the sale, arguing that the US court does not have proper jurisdiction over a business that is based primarily in Japan and that an injunction would cause it irreparable harm. A hearing is scheduled for Friday.

Aaron Rakers, a managing director with Stifel, said in a note to clients on Sunday that the new filings suggest the two parties could reach a deal before the court hearing.

"Given that some negotiations between (Western Digital) and Toshiba on proposed acquisition terms started over the past month, we think a resolution could be possible prior to the (July 14) hearing," Rakers wrote.