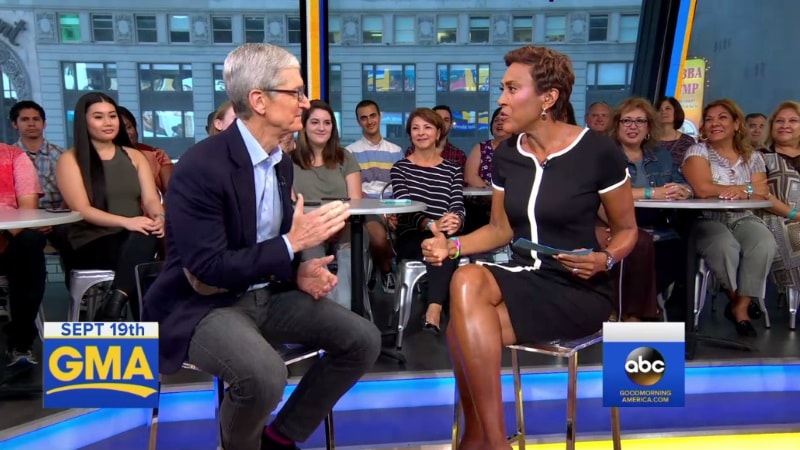 In a statement that might come as a surprise to many, Apple CEO Tim Cook has described the iPhone X's price tag of $999 (Rs. 89,000 in India) as "value price" in an interview with Good Morning America. In his interview, Cook talked about the security offered by the Face ID as well as iOS 11 and ARKit among other things but his statement about the iPhone X price might is likely to create a stir.

When Apple announced early this month that the iPhone X will be made available for purchase at $999, several critics raised their eyebrows at the increased price of the handset. However, in his interview, Cook said that it is a "value price" for the technology you are getting, as pointed out in a report by 9To5Google. To recall, in India the handset will be made available at a starting price of Rs. 89,000.

"Well, it's a value price actually for the technology that you're getting. As it turns out, most people are paying for phones over long periods of time. And so, very few people will pay the full price of the phone initially. Also, most people actually trade in their current phone, and some carriers throw in subsidies and discounts. When you look at it, the iPhone in particular has become so essential in our daily lives, people want it do more and more and more. So we've built more and more technologies into it to be able to do that," Cook was quoted as saying in the report.

Apart from talking about the price, Cook emphasised that the Face ID feature, which was introduced with the iPhone X, will provide security and that the company will not be storing the face with itself but rather on the phone to ensure privacy. "We want to protect your data, because we know it's yours, not ours. And so, once you place your face in the phone, it's in the phone, Apple doesn't have it. We encrypted it on your device, you make the decisions about who has it," Cook was quoted as saying.

Tim Cook also touched upon the company's ARKit framework and said how it can be used for shopping as well as learning. If you want to check out the complete interview, you can head to ABC News official website.