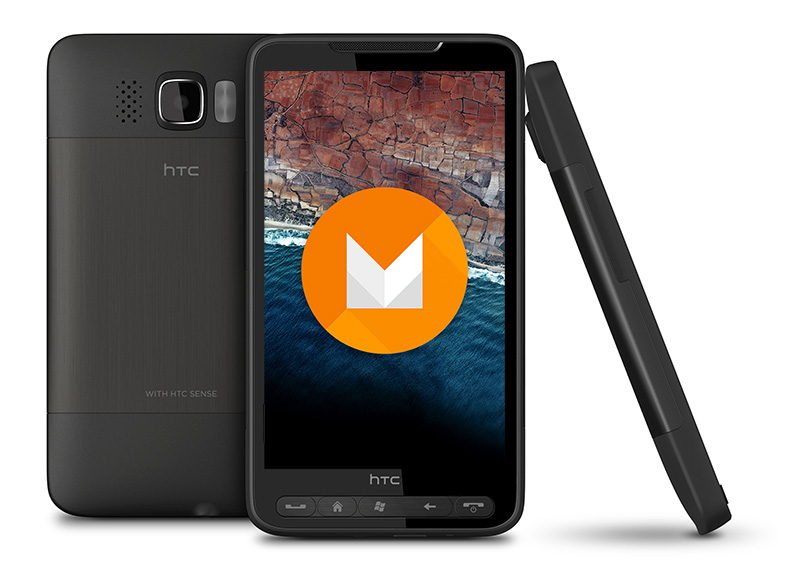 Members of XDA, a 6.6 million-strong software development community, reported last week that they had managed to successfully port the CyanogenMod 13 version of Android 6.0 Marshmallow onto the now six-year-old HTC HD2.

As would be expected from a phone of its time, the only functional aspects of the HD2 on Android 6.0 are the display screen, audio, and Wi-Fi.

The device first saw the light of day with Windows Mobile 6.5 Professional. For 2009, the HD2 packed quite a wallop. Not only was it the first smartphone with a 4.3-inch screen, it also shipped with the Taiwanese corporation's now distinctive user interface: the HTC Sense.

But Microsoft dropped support for the device barely four months later and the device still runs Windows Mobile 6.5 officially. Unofficially though, the HTC HD2 is in a league of its own.

Reports of it running Android 2.3 Gingerbread started filtering through in February 2011, and 4.0 Ice Cream Sandwich found its way before the year came to an end.

Notably, the smartphone in 2012 also received a proof-of-concept build of Windows Phone 8. All versions of Android 4.x Jelly Bean could run on the HD2 by August 2013. Between all that, even Firefox OS was made to work on the then four-year-old smartphone.

The saga was far from over though as owners were able to experience Android 4.4 KitKat - currently the most popular version of the OS - in December the same year. The device saw Android 5.0 Lollipop in the beginning of 2015, before the release of the Android 6.0 Marshmallow build last week.

Expect the phone to be in the news when the next version of Android rolls around. For now, the HTC HD2 is the phone that lived.