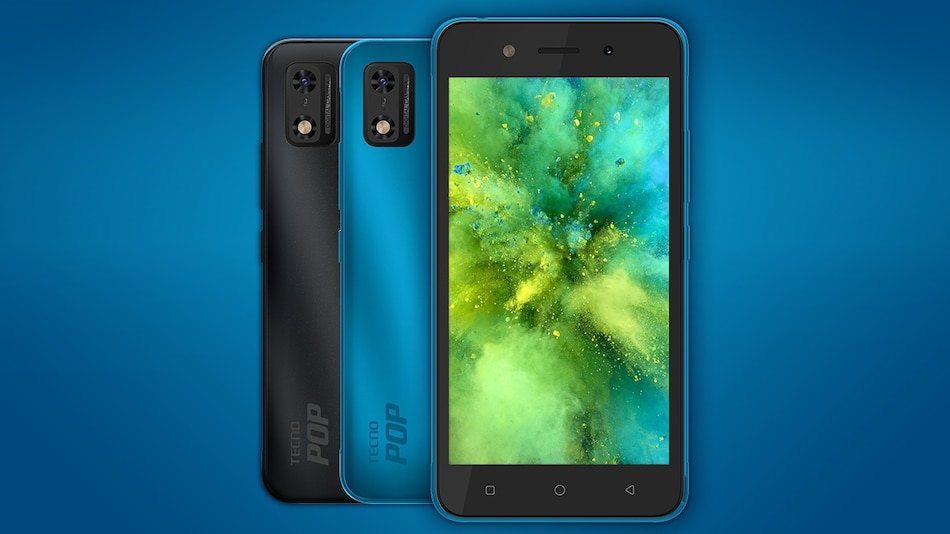 Tecno Pop 5C has been unveiled. The entry-level phone runs on Android 10 (Go edition) and has a traditional design with thick bezels at the front. On the back, the phone has a single 5-megapixel rear camera setup that sits inside a rectangular module. It is accompanied by a flash. Tecno Pop 5C packs a 2,400mAh battery and offers 16GB of internal storage. The new smartphone sits alongside the Tecno Pop 5P which was launched in August this year.

The new Tecno Pop 5C's pricing and availability has not been unveiled. The phone has gone official on its global website. It has been launched in two colour options — Lake Blue and Dark Blue.

On the specification front, Tecno Pop 5C runs on Android 10 (Go edition) It features a 5-inch (480x584 pixels) FWVGA display. It is powered by an unknown processor paired with 1GB RAM. Internal storage is listed to be at 16GB with the option to expand further using microSD slot.

Tecno Pop 5C retail box will bundle a charger, protective shell, charging cable, and headset. Full specifications of the phone have not been listed yet.