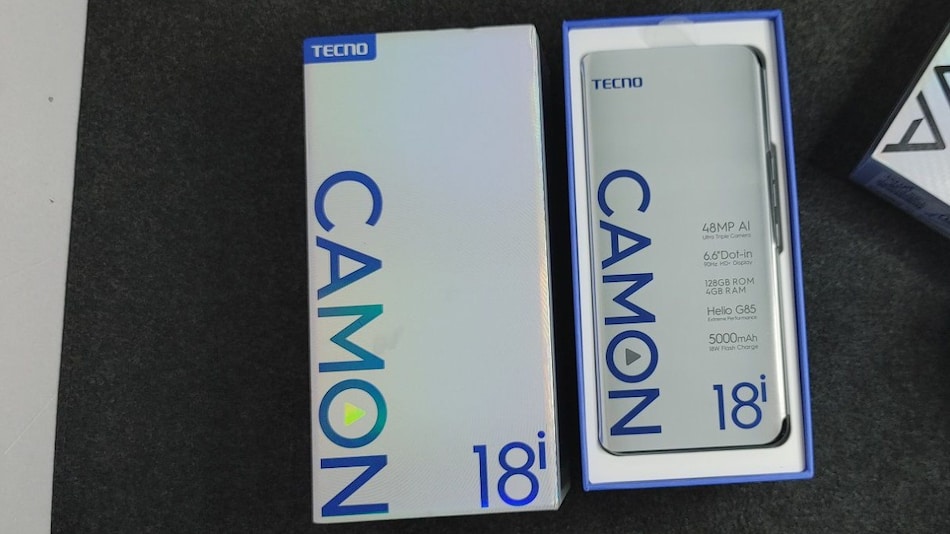 Tecno Camon 18i has been launched, according to a report. The new Tecno phone is said to be a rebadged Camon 17 and is reported to have triple rear cameras and 18W fast charging support. The smartphone is also said to come with a 20:9 display and has an octa-core MediaTek Helio G85 SoC. The Tecno Camon 18i is reported to be available in a single variant that has 128GB of onboard storage. Other highlights about the phone include a 48-megapixel primary camera and a 5,000mAh battery.

Tecno Camon 18i price has been set at NGN 84,500 (roughly Rs. 15,400) in Nigeria, Android-focussed blog DroidAfrica reports. The phone is said to come in a single 4GB RAM + 128GB storage variant and is already available for purchase in multiple colour options, namely Deep Sea, Frost Silver, and Tranquil Green.

Details about the Tecno Camon 18i were yet to surface on the company's site at the time of filing this article. It is also yet to be confirmed whether the new phone will be launched in global markets.

The dual-SIM (Nano) Tecno Camon 18i runs on Android 11 with HiOS 7.6 on top and features a 6.6-inch HD+ (720x1,640 pixels) display with a 20.5:9 aspect ratio and a 90Hz refresh rate, according to the DroidAfrica report. The phone is also said to have the MediaTek Helio G85 SoC, along with 4GB of RAM. It comes with the triple rear camera setup that houses the 48-megapixel primary sensor, along with a QVGA secondary sensor and an AI camera, the report said.

For selfies and video chats, the Tecno Camon 18i is said to have a 16-megapixel selfie camera sensor at the front, with an f/2.0 lens.

The Tecno Camon 18i is said to come with 128GB of internal storage that supports expansion through a microSD card (up to 256GB). Connectivity options include 4G LTE, Wi-Fi 802.11ac, Bluetooth v5.0, GPS/ A-GPS, Micro-USB, and a 3.5mm headphone jack. Sensors on board are said to include an accelerometer, gyroscope, magnetometer, and a proximity sensor. The phone also carries a fingerprint sensor at the back.

How's Nokia brand licensee making trying to compete against Realme and Xiaomi in India? We discuss this on Orbital, the Gadgets 360 podcast. Orbital is available on Spotify, Gaana, JioSaavn, Google Podcasts, Apple Podcasts, Amazon Music and wherever you get your podcasts.