Tecno Camon 18 allows expanding the built-in RAM up to 7GB. 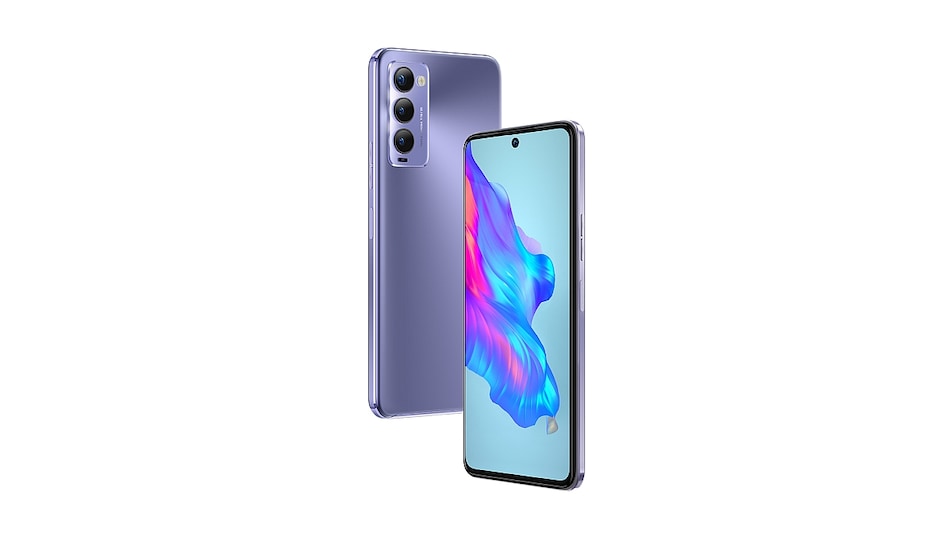 Tecno Camon 18 is priced at Rs. 14,999 in India and is available in a single 4GB + 128GB RAM and storage variant. Tecno is also offering its Buds 2 true wireless earbuds along with every Tecno Camon 18 purchase. The smartphone will be sold in two colours — Dusk Grey and Iris Purple. The smartphone will be available across online and retail channels starting on December 27, according to the company.

The dual-SIM Tecno Camon 18 runs on Android 11, with the company's HiOS 8 skin running on top. The smartphone sports a 6.8-inch full HD+ (1,080x2,460 pixels) screen with 396 ppi and maximum brightness of 500 nits, with a 48-megapixel hole-punch selfie camera. Tecno Camon 18 is equipped with the octa-core MediaTek Helio G85 SoC that is paired with 4GB of LPDDR4 RAM and 128GB of storage. Tecno also offers the ability to “expand” the built-in memory up to 7GB by utilising unused storage.

Tecno Camon 18 is equipped with a triple rear camera setup, featuring a 48-megapixel primary sensor with an f/1.79 aperture, a 2-megapixel depth sensor and an AI lens, along with dual flash. The smartphone also boasts 2K video recording along with low light photography mode with the company's TAIVOS technology. The camera also supports slow motion, night video mode, video bokeh and other modes. Tecno Camon 18 is equipped with a 5,000mAh battery that comes with support for 18W charging, according to the company.

20 Most Popular Smartphones of 2021 According to You, Our Readers
OnePlus 10 Pro Display Details Revealed; Confirmed to Have LTPO 2.0 Screen