TCL’s phone-tablet hybrid was reportedly going to be showcased at MWC 2020.

There is no word what TCL’s slide-out design phone is called, or when it goes official

TCL showcased its work on foldable phones back in February last year, and even came up with a dual-folding phone prototype later in 2019. Well, it appears that TCL had more to show at MWC 2020 before it was cancelled. Renders of a TCL phone with a unique slide-out display have surfaced online, giving us a glimpse of an entirely new take on the phone-tablet hybrid form factor. It is not known what the TCL phone is called, and if it was even intended to be a mass-market device, but it sure does look cool and pushes the boundaries of innovation.

The renders of TCL's remarkable phone-tablet hybrid come courtesy of CNET, but there is no word as to when it will be launched and how much it will cost. In its normal form, the TCL device looks like a regular phone with curved sides and a dual hole-punch design. Over at the back, the phone packs a vertically stacked quad rear camera setup. To create the slide-out mechanism, TCL appears to have used a disjointed frame design. 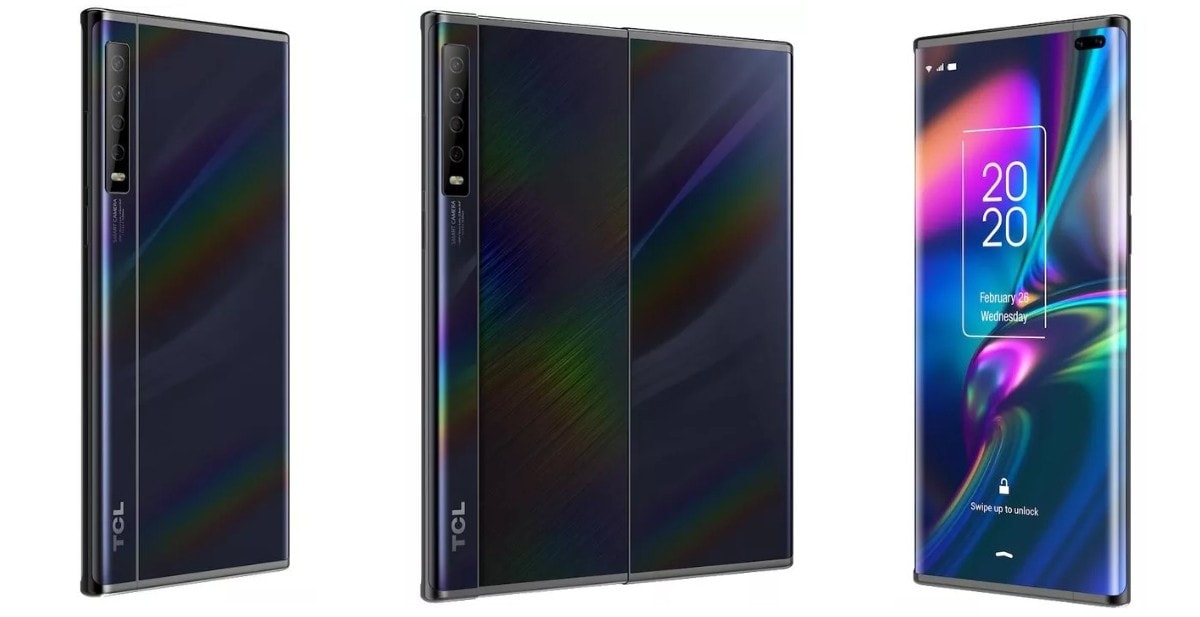 Just above the pill-shaped hole-punch and the corresponding position at the bottom, the TCL phone's frame has a gap. This can be pulled out to reveal the rest of the display. It appears that the extended portion of the display is folded and tucked beneath the main display when the device is being used as a phone, and can be pulled out to turn it into a tablet. Surprisingly, there doesn't appear to be any crease on the panel. But then, these are just renders, which means a fair amount of airbrushing might have been done.

The extended part of the display is protected by a similar slide-out cover at the back with a matching colour tone as the rest of the rear panel. So far, there is no information on the sizes of the inner and outer display and its resolution, and the same goes for the rest of the internal hardware. We also have no information regarding the megapixel count of the four rear cameras and the two selfies snappers. However, it is almost certain that TCL's offering packs a single large battery, as opposed to housing two separate battery packs that we've come across on foldable phones such as the Galaxy Fold and the Galaxy Z Flip.