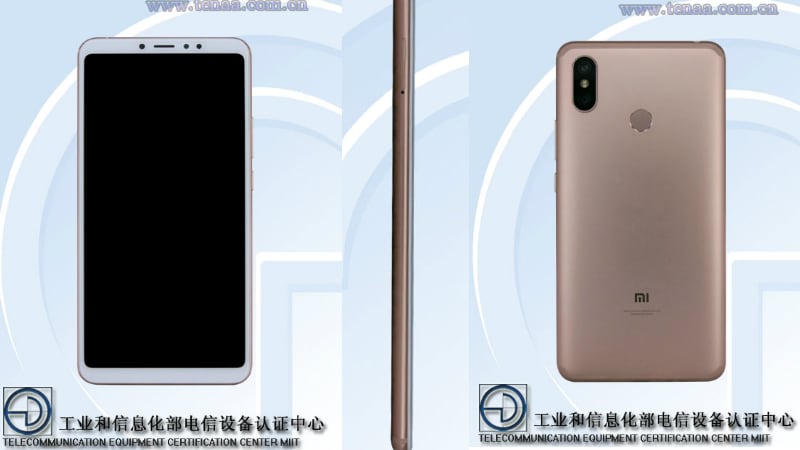 Xiaomi Mi Max 3 is set to launch sometime later this month, and leaks have been aplenty. The smartphone has been spotted on TENAA, the retail box has also been leaked, and now two colour variants of the Xiaomi Mi Max 3 have been leaked in hands-on videos. These videos, not only show the phone from the front and back, but it also reveals specification details of the smartphone. This comes after the Mi Max 3 images were leaked just days ago, revealing battery and dual rear camera setup.

These videos have showed up on Weibo, and reuploaded by Bang Gogo and Slashleaks on YouTube, it suggests that the Mi Max 3 will launch in at least two colour options - Black and Gold. The videos suggest that the phone will have a metal body, vertically stacked dual camera setup, a rear mounted fingerprint scanner, and thin bezels on all sides. The stickers on the display suggests that the Mi Max 3 will sport a massive 6.9-inch display, a 5500mAh mammoth battery, and the two vertically stacked cameras at the back sport a 12-megapixel and a 5-megapixel sensor. While the videos are very short, they do reveal the design aesthetic from all angles, and you can view them below.

On the part of specifications, some initial reports claimed that the Mi Max 3 will have a 6.9-inch full-HD+ (1080x2160 pixels) display with an 18:9 aspect ratio. The TENAA listing of the smartphone showed three models. These three models could have 3GB, 4GB, and 6GB RAM and 32GB, 64GB, and 128GB of onboard storage options. The new Mi Max model is said to come with an octa-core Qualcomm Snapdragon 636 SoC, though some early reports suggested the availability of the Snapdragon 710 SoC. Also, the handset is rumoured to come with a 5-megapixel selfie camera that could be powered by some artificial intelligence (AI) features.

Tencent Seeks to List Online Music Unit in US
As Facial Recognition Use Grows, So Do Privacy Fears