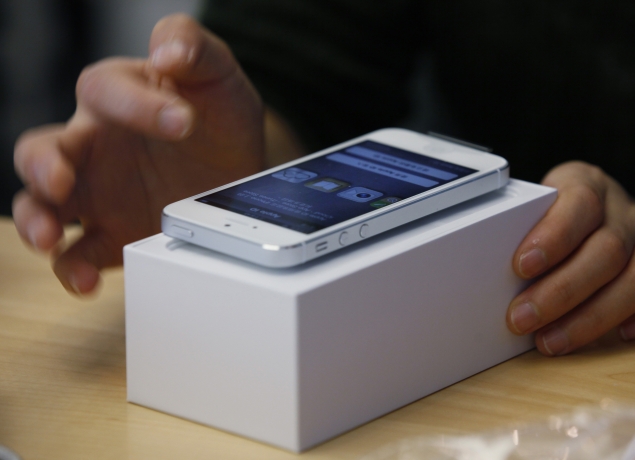 T-Mobile US Inc., the last of the major U.S. carriers to start carrying iPhones, is selling them at a brisk pace, it reported Wednesday.

T-Mobile US, the No. 4 U.S. carrier, said it has sold half a million iPhones since it started on April 12. That puts its sales at roughly the same rate as Sprint Nextel Corp., the No. 3 carrier, which has far more customers.

The company said late last year that it planned to sell the iPhone, which helped it keep customers in the first three months of the year. As previously reported, it saw a small increase in customers under its own brand for the first time in four years. Analysts believe the customers were holding out for the iPhone.

T-Mobile US's parent Deutsche Telekom AG, discussed the U.S. business as it reported a 3.5 percent increase in net profit in the first quarter to 564 million euros ($739 million) from 545 million euros in the same quarter a year ago. Earnings rose in part because the company saw smaller deductions for the depreciation of its U.S. business.

T-Mobile USA, which had been losing contract customers, switched to a new "Un-carrier" approach in March and started selling phones on installment plans.

Deutsche Telekom AG also said it had 300 million euros less in accounting-related reductions related to the merger, which is part of a turnaround effort. As the No. 4 mobile provider, T-Mobile USA has struggled against bigger competitors.

Elsewhere, the company said its subsidiaries in Europe battled a slow economy and increased regulation. The company's expenditure on capital investments rose some 40 percent to over 3 billion euros as it spent money on acquiring radio frequencies in the Netherlands.