Stage set for Apple, Samsung 'trial of the century' 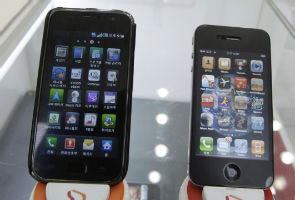 Jury selection was set to open Monday in a US federal court in the blockbuster patent case pitting Apple against Samsung, which accuse each other of copying patents for smartphones and tablets.

Apple is seeking more than $2.5 billion in a case accusing the South Korean firm of infringing on designs and other patents from the iPhone and iPad maker in the trial in San Jose, California, federal court.

Samsung counters that Apple infringed on its patents for wireless communication, so the jury will sort out the competing claims.

It is one of several cases in courts around the world involving the two big electronics giants in the hottest part of the tech sector, tablet computers and smartphones.

While the results so far have been mixed in courts in Europe and Australia, Samsung is clearly on the defensive in the US case.

US District Judge Lucy Koh, who will preside in the jury case barring any last-minute settlement, has issued two temporary injunctions against US sales of Samsung's 10-inch Galaxy tablet and the Galaxy Nexus smartphone developed with Google.

To make matters worse, a magistrate in the case ruled Monday that Samsung failed to retain key evidence in the case by allowing emails to be destroyed after learning of the lawsuit.

That will mean Judge Koh can issue an "adverse inference" instruction to the jury.

R. Polk Wagner, a professor of patent law at the University of Pennsylvania, said the case is probably the biggest patent trial since the 1980s case involving photo giants Polaroid and Kodak, and is important because of its size and ability to set precedent.

"I see this as the first in what I expect to be many cases involving smartphone technology," he told AFP.

"It remains to be seen what the impact will be even if Apple wins. Typically the patents are relatively easy to design around. So if Samsung loses a couple of rounds they may still be able to make their phones."

But Samsung could face big risks: If Apple wins, it would automatically get a permanent injunction on sales of Samsung devices. And if Samsung makes only minor changes, Apple could ask for the Korean firm to be held in contempt.

The case has huge financial implications for both firms and the burgeoning industry for mobile devices.

Samsung is the leading maker of smartphones using Google's Android operating system, which has become the most popular platform despite complaints from Apple that it has infringed on its patents.

Samsung Galaxy Tab 730 now available for Rs. 21,999
Are we looking at pictures of the new iPhone?