The dual-SIM (3G+3G) phone features a 4.5-inch screen with FWVGA resolution (480x854 pixels). The phone offers 4GB internal storage expandable up to 32GB via microSD card. It's powered by a 1,700mAh battery.

The Spice Stellar Virtuoso Pro will be available across India through all major retail stores and saholic.com.

In addition to the phone, Spice has also launched Spice Cloud, a server cloud based mobile synchronization service, that allows owners of Spice devices to automatically and wirelessly store and secure the data present in their phone and access the same data on multiple devices. It also offers anti-theft features such as remote wipe, remote locking and SIM change alerts, and helps in locating the device, if lost. In addition to these features, it also allows users to retrieve their call logs.

The Spice Stellar Vituoso Pro would be the first device to offer the Spice Cloud service. 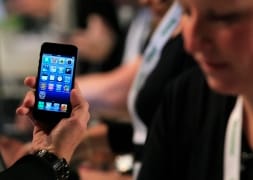