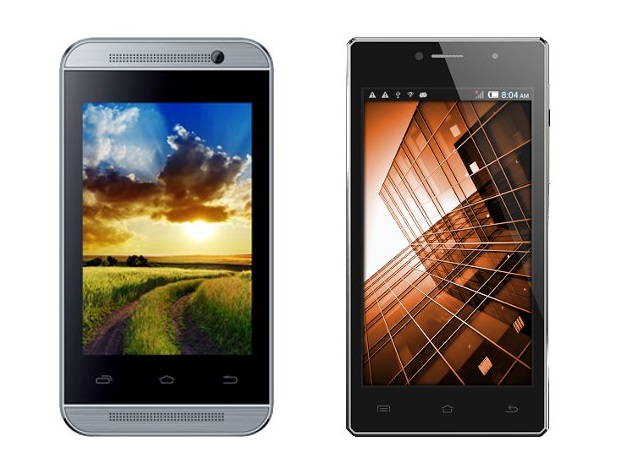 In addition, the new Spice budget smartphones are available at a discounted priced on an e-commerce website. The Smart Flo Mi-359 is available at Rs. 2,899 and Stellar 451 3G comes at Rs. 5,499.

The Spice Smart Flo Mi-359 is a dual-SIM (GSM+GSM) device with dual standby support. It comes with a 3.5-inch (320x480 pixels) TFT LCD display, and is powered by a 1.3GHz dual-core (unspecified chipset) processor coupled with 256MB of RAM. Other specifications include 512MB of inbuilt storage that's expandable via microSD card (up to 32GB); a 2-megapixel rear camera with LED flash; a 1.3-megapixel front-facing camera, and a 1400mAh battery.

The Spice Stellar 451 3G is also a dual-SIM (GSM+GSM) device. It features a 4.5-inch FWVGA (480x854 pixels) capacitive touchscreen, and is backed by a 1.3GHz dual-core processor (unspecified chipset) alongside 512MB of RAM. Other specifications include a 3.2-megapixel rear camera with LED flash; 2-megapixel front-facing camera; 4GB of inbuilt storage; expandable up to 32GB via microSD card, and 1450mAh battery.

Both theSmart Flo Mi-359 and Stellar 451 3G smartphones are now available on Saholic.