Share on Facebook Tweet Snapchat Share Reddit Email Comment
Spice has launched the Mi-430 smartphone, which is now listed on the company's site at a price of Rs. 4,399. There is no official word on the availability details of the Spice Mi-430; though, we expect that the company will announce the availability of the smartphone in coming days. 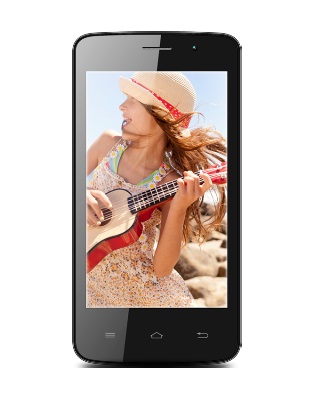 The smartphone is powered by a 1GHz single core processor coupled with 256MB of RAM. The Spice Mi-430 comes with 2GB of inbuilt storage, which is further expandable via microSD card (up to 32GB). It sports a 2-megapixel rear camera with LED flash, while there is a secondary 1.3-megapixel front-facing camera also onboard.

The smartphone packs a 1400mAh battery with no word on talk time and standby time. It measures 123.5x63x9.8mm and is listed in Black and White colours.

The company recently launched two new smartphones in India, the Stellar 517 and Stellar 470. Both the phones were listed on the company's site at Rs. 7,999, while the availability details of the handsets were not yet known.

Both the Stellar 517 and the Stellar 470 feature dual-SIM (GSM-GSM) support along with dual standby, apart from 3G connectivity on both SIM cards. Both run on Android 4.4 KitKat out-of-the-box and are powered by an unspecified 1.3GHz quad-core SoC coupled with 1GB of RAM.