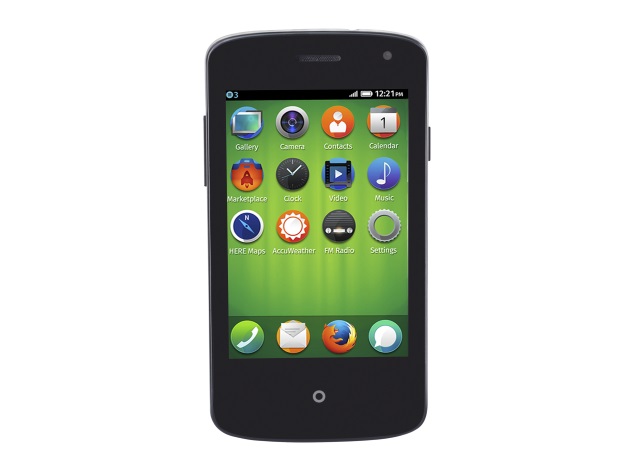 Spice, as promised last week, has officially launched the Fire One Mi-FX 1 at Rs. 2,299 MOP (market operating price). The company has confirmed that its first Firefox OS smartphone will be initially available at Snapdeal; however it will later be made available via more e-commerce websites. Notably, the smartphone is not yet listed on Snapdeal.

Notably, Intex took the wraps off its first Firefox OS smartphone in India, the Cloud FX, priced at Rs. 1,999 and confirmed that the smartphone will be exclusively retailed by Snapdeal.

Much like the Intex Cloud FX, the Spice Fire One Mi-FX 1 also comes with a 3.5-inch HVGA (320x480 pixel) display; 1GHz (unspecified chipset) processor; a 1.3-megapixel rear camera, and a 0.3-megapixel front-facing camera. The smartphone supports dual-SIM (GSM+GSM); however, only 2G connectivity is available. The Fire One Mi-FX 1 is backed by a 1400mAh battery.

Spice has not detailed the chipset for the Fire One Mi-FX 1; although we expect that the handset is powered by a Spreadtrum 6821 chipset, similar to the Intex Cloud FX .

Some other features on the Fire One Mi-FX 1 include Wi-Fi, multiple language support (Hindi, Tamil, and Bangla), FM radio, and Bluetooth. The company has confirmed that the smartphone will come with a free silicon cover in the box.

Running Firefox OS, the Spice Fire One Mi-FX 1 comes preloaded with Marketplace, an app store. Unfortunately, the company has not detailed the version of the Firefox OS.

Commenting on the launch, Prashant Bindal, Chief Executive Officer, Spice Mobility Ltd, said, "With the ultra-low cost Spice Fire One, we at Spice, aim to convert the feature phone users into smartphone users, thereby, aiding them with the power of internet. This partnership with Mozilla showcases our commitment to providing the best technological innovations first hand to our customers. This joint undertaking with Mozilla is a breakthrough in product offering and a brand new concept for smartphones."