Sony India has started sending media invites for an event on October 21, where the company is expected to launch its premium-range of smartphones - the Sony Xperia Z5 Dual and Xperia Z5 Premium Dual. The company's invite confirms that the event will see new Xperia device(s) unveiled for the Indian market.

In line with our IFA launch report, Sony is not expected to bring the Xperia Z5 Compact to India, at least not in the first phase of its flagship rollout. This is further corroborated by the fact the Sony India website currently only lists the Xperia Z5 Dual and Xperia Z5 Premium Dual. 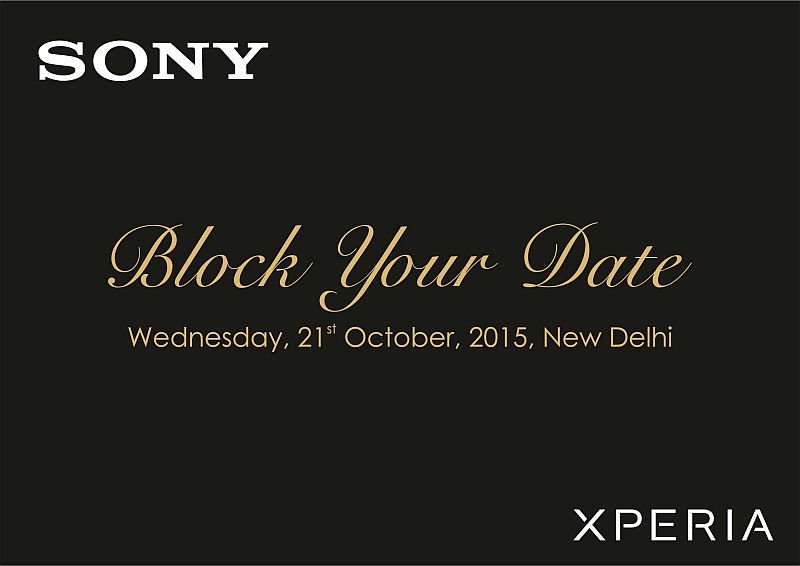 (Also see: Sony May Consider Options for Smartphone Unit if No Profit Next Year)

The highlight of the new flagship smartphone from Sony is the improved camera. The Sony Xperia Z5 features a brand new 1/2.3 Exmor RS for mobile 23-megapixel sensor and F/2.0 G lens. Sony at the launch had claimed to have designed the camera inside its new flagship using the same technology that's seen in its Alpha range of interchangeable lens cameras.

Sony's Xperia Z5 Premium, on the other hand, is the 'world's first smartphone featuring a 4K display' as touted by the company. It comes with a resolution of 2160x3840 pixels and an impressive pixel density of 806ppi.