Sony, at the time of launching its flagship Xperia Z5 smartphone series, made the devices available in four colour variants - Black, Green, Chrome, and White. However, the Japanese tech giant has now introduced a new colour variant for the Z5 - Pink. Set to hit shelves starting February, the company has not yet announced the price of the variant. As you would expect from a colour variant, the specifications are unchanged.

As per Sony, the "warm, sophisticated pink" variant of the Xperia Z5 sports the same frosted glass panel and metal frame as its siblings, while the screen bezel remains black.

"We knew we wanted to add pink to the Xperia Z5 series from our very first moodboards and sketches as it seemed to compliment the colour palette to the rest of the range. But to get the tone right with the frosted glass and aluminium frame did take some time. We researched many places in which the most beautiful shades of pink can be found, from nature and Japan's own Sakura cherry blossom right through to the colours in the sky during a beautiful sunset. We wanted the colour to appear strong and modern, and here the material is playing an important role. I feel what we have achieved with the light dusky pink is fresh, contemporary and modern in the Z5 materials," said Sony Lead designer Rikke Gertsen Constein in a company blog post. 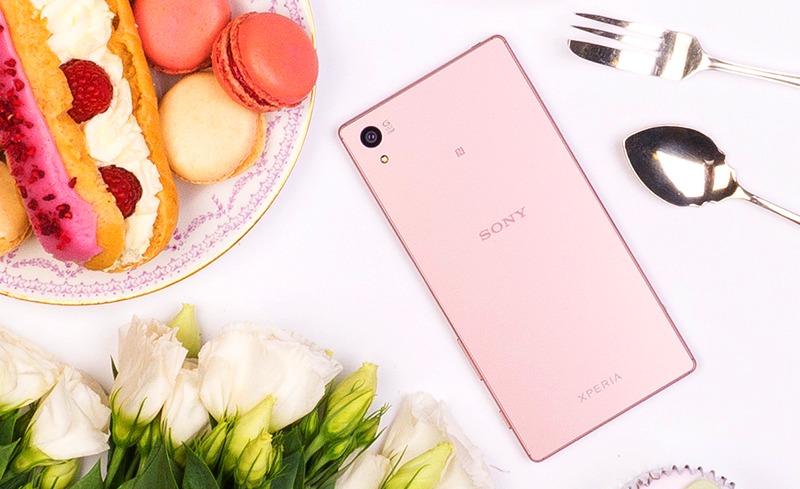 The highlight of the new flagship smartphones from Sony is the improved camera. The Sony Xperia Z5 and Xperia Z5 Premium feature a brand new 1/ 2.3-inch Exmor RS 23-megapixel sensor and F/2.0 G lens. Sony at the launch had claimed to have designed the camera inside its new flagship using the same technology that's seen in its Alpha range of interchangeable lens cameras. Both smartphones come with 16GB of built-in storage, with support for expandability via microSD card (up to 2TB). Both are powered by a 64-bit octa-core Qualcomm Snapdragon 810 SoC, coupled with 3GB of RAM. Sony's Xperia Z5 Premium is also claimed to be the 'world's first smartphone featuring a 4K display'.