The two smartphones sport near identical specifications, with the only difference being the size of the screen. While the Xperia Z5 comes with a 5.2-inch display, the Xperia Z5 Compact sports a 4.6-inch screen. Xperia Z5 and Xperia Z5 Compact are powered by the Qualcomm Snapdragon 810 SoC, featuring a 64-bit octa-core processor and 4G LTE capabilities.

Perhaps the highlight of the new flagship smartphones from Sony is the improved camera. The Sony Xperia Z5 and Sony Xperia Z5 Compact come with a brand new 1/2.3 Exmor RS for mobile 23-megapixel sensor and F/2.0 G lens. Sony claims to have designed the camera inside its new flagships using the same technology that's seen in its Alpha range of interchangeable lens cameras. 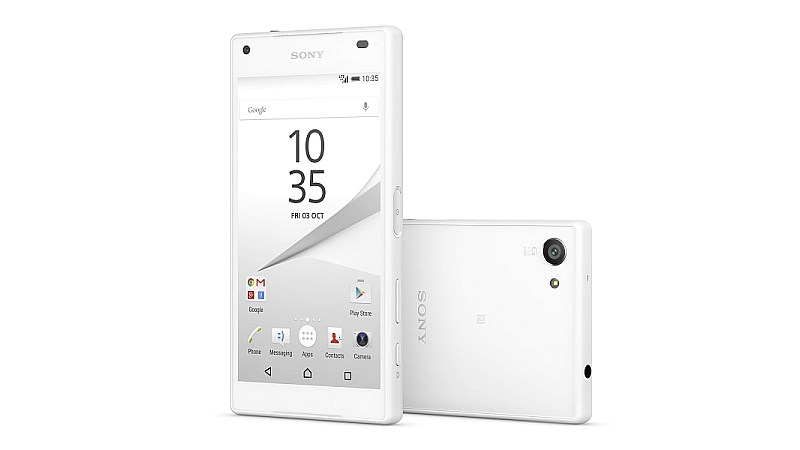 The rear camera also boasts of the "fastest autofocus in a smartphone" - at 0.037 seconds - and comes with improvements in SteadyShot, Sony's image stabilisation techniques that make sure the video isn't 'jerky' even if the phone moves while shooting, as well as enhanced low-light performance.

The other big addition to the smartphones is a fingerprint scanner, which is embedded on the power button on the right hand side. In our limited testing with the Sony Xperia Z5 and the Sony Xperia Z5 Premium, the fingerprint scanner performed reliably and without any speed or performance issues. It will also support the FIDO standard; authentication via fingerprint for online payment services - with Sony sharing news on first partners at a later date.

"Smartphones are part of people's lives," said Hiroki Totoki, President and CEO at Sony Mobile Communications. "Since users already create, share and enjoy most of their content on the go - we've set out to bring Sony's latest innovations in camera, design and display to ensure the Xperia Z5 series is the best possible lifestyle and entertainment platform," he added.