It is worth noting that while Sony is the late to the QHD resolution party, the move would be nonetheless welcomed by the fans. We have already seen a number of smartphones featuring the QHD resolution display, launched earlier this year such as HTC One M9+, One E9+, LG G4, Samsung Galaxy S6, Galaxy S6 Edge, Galaxy S6 Active, and Gionee Elife E8 and others. 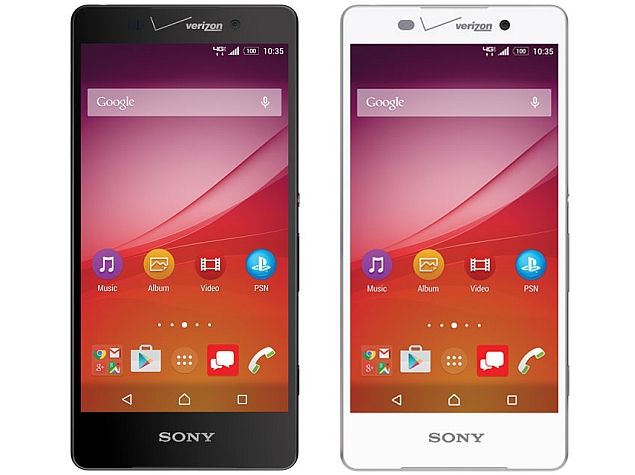 Besides the display resolution, the 4G LTE-enabled Xperia Z4v features nearly the same specifications as Sony's other two flagship variants. It also comes with built-in wireless charging support for Qi and PMA standards. The Xperia Z4v is powered by a 64-bit octa-core (quad-core 1.5GHz + quad-core 2GHz) Qualcomm Snapdragon 810 processor coupled with 3GB of RAM. It also features IP65/68 ratings that certify it as dust-proof and water-resistant (immersible in 1.5 metres of water for up to 30 minutes).

The Xperia Z4v also retains the 20.7-megapixel autofocus rear camera of its predecessor, with an Exmor RS sensor and pulsed LED flash. While its not yet mentioned, the rear camera is likely to feature 1/2.3-inch BSI sensor and Bionz image processor. The handset also sports a 5-megapixel front-facing camera.

The handset includes 32GB of inbuilt storage, which is further expandable via microSD card (up to 128GB). Interestingly, the smartphone is backed by a larger 3000mAh battery, unlike the Xperia Z3+ and Xperia Z4's 2930mAh battery, and is rated to deliver up to 20 hours of talk time and 580 hours of standby time in 3G connectivity. Measuring 144.4x72.3x8.7mm and weighing 162 grams, significantly thicker and heavier than the other variants' 6.9mm and 144 gram measurements. The smartphone will be available in Black and White colour variants. Sony is also touting PS4 Remote Play functionality, especially relevant as the smartphone was launched at the sidelines of E3 2015.