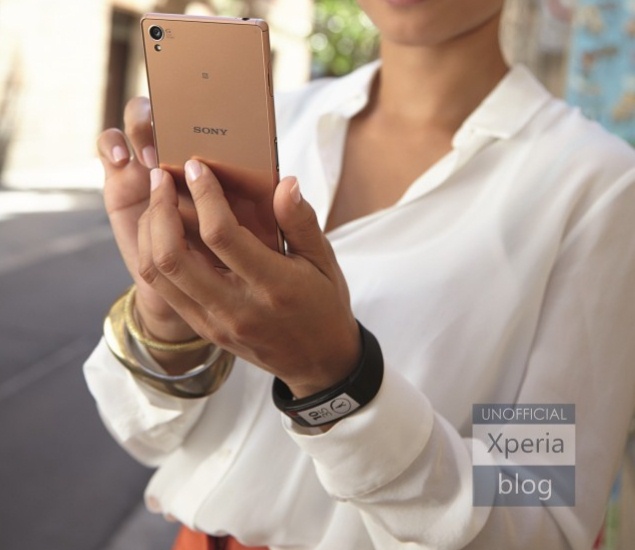 When we are expecting Sony to unveil its latest flagship Xperia Z3 later in the day, the anticipated device has popped-up in press images showcasing different colours, including Copper - which Sony had hinted at in its teaser video last week.

Sony had inserted the code '8C:u:1:28:00' in its teaser video, with 'Cu' highlighted separately - appearing to be pointing to the use of copper somewhere in the phone. For now, it is not known whether the company has used copper material in the smartphone, or if it is just a colour variant. The other three colours for the Xperia Z3 that can be seen in image (below), appear to be Black, Silver and Mint. 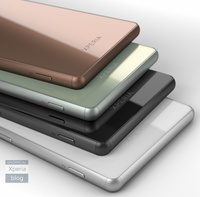 The purported Sony press images posted by Xperiablog also showcases what appears to the recently rumoured fitness tracker, the Sony SmartBand Talk, which is expected to come with a curved E-Ink display.

Believed to be the successor to the Sony SmartBand SWR10 (Review | Pictures), the SmartBand Talk was earlier leaked in a purported press render image along with the next generation Sony SmartWatch 3. The unannounced Sony SmartWatch 3 was reported to run Android Wear, and feature a 1.68-inch 320x320 pixels display and an IP58 rating indicating some amount of water-resistance.
Comments