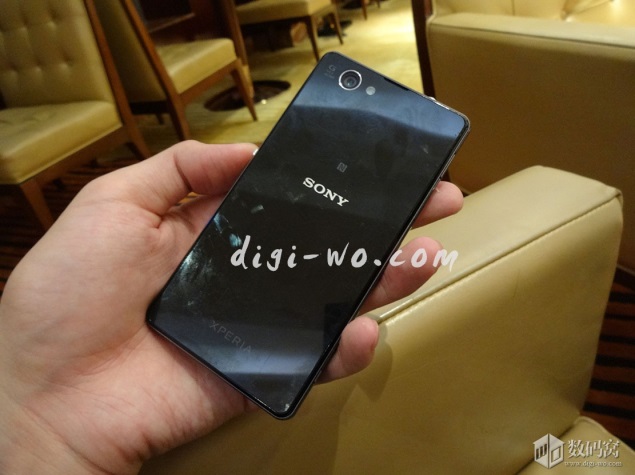 The latest leaked image was first spotted by Xperia Guide on Chinese Digi-Wo forum. The new leaked image shows the rear panel of the alleged Xperia Z1s in black. The back panel includes the rear camera accompanied by an LED flash, Sony logo branding in the middle and also an Xperia branding embedded at the bottom. The purported leaked image of the Xperia Z1s shows a rear panel that is identical to the flagship smartphone's (Xperia Z1) rear panel.

The yet-to-be-announced Sony Xperia Z1s has made multiple appearances on the Internet previously via leaked renders but this is the first time the device's rear panel has been leaked.

Earlier this month, the rumoured Sony Xperia Z1s was spotted at the FCC under another name.

The yet-to-be-announced Sony Xperia Z1s is rumoured to come with a 4.3-inch Triluminos HD (720x1280) display with X-Reality for Mobiles; a 2.2GHz quad-core Qualcomm MSM8974 processor; 2GB of RAM; 16GB of inbuilt storage that's further expandable up to 64GB via microSD card, and a 2300mAh battery with STAMINA mode. Further, the Xperia Z1s believed to be much like the Xperia Z1 f and Xperia Z1 in terms of optics, sporting the same 20.7-megapixel Exmor RS sensor alongside the BIONZ image processor engine and pulsed LED flash. In addition, like other Xperia Z smartphones, the Xperia Z1s is said to be waterproof and dust-proof.