Appearing on Xperia Blog, the images, which were reportedly supplied by an unnamed Asian retailer, show off what is allegedly the next flagship smartphone from Sony. The site further notes that these images are final press pictures. We have already seen the alleged Sony Xperia Z1 smartphone in multiple leaked images and official teasers. The new leaked renders confirm what we've seen earlier.

The images show the Xperia Z1's front, rear and sides housing the power button, volume controls, dedicated camera button and the microSD card slot. Earlier, the company teased the power button of the Xperia Z1 on Twitter. The new leaked images also show the 20.7-megapixel rear camera accompanied by G lens with 1/2.3 printed alongside. The official teaser image spotted earlier only revealed the rear camera with G printed on the back. 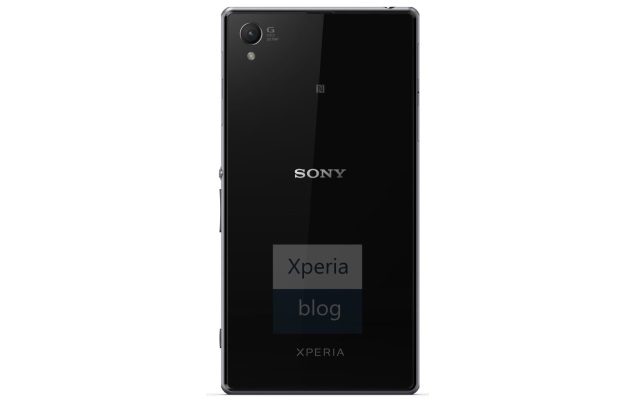 Rumours have suggested that the Sony Xperia Z1 may sport a 5.0-inch full-HD display. It's likely to be powered by a 2.2GHz quad-core Snapdragon 800 processor with 2GB of RAM. The highlight of Sony's next flagship smartphone is said to be its camera, as it features a 20.7-megapixel Exmor RS rear camera that will sport Sony G-lens and BIONZ image processor. The phone is also expected to feature a 2.0-megapixel front facing camera. It may include 16GB internal storage and a 3000mAh battery. The device is said to run Android 4.2 Jelly Bean. It is also being rumoured that the device would be dust- and water-resistant, like the Sony Xperia Z and Sony Xperia Z Ultra.