While Sony is busy in preparing its arrival at Mobile World Congress (MWC) 2018, an image purportedly showing the Xperia XZ2 Compact prototype has surfaced online to give us a hint of what's next by the Japanese giant. The prototype appears to sport a curved back panel and some major changes over last year's Xperia XZ1 Compact. Sony is also rumoured to launch a new flagship model that could be the Xperia XZ2.

A reader on Xperia Blog has left a comment on a report mentioning the latest teaser by Sony that includes an alleged image showing the Xperia XZ2 Compact prototype. The image highlights one of the sides of the prototype and shows a volume rocker, power/lock button, and a camera shutter button. It also gives a glimpse to the curved back of the device. The reader claimed that while the image is not detailing any of its further features, the public version of the Xperia XZ2 Compact will come with a rear-facing fingerprint sensor but lack a 3.5mm audio jack. Similarly, the smartphone is said to be similar to the prototype model though come with a thinner top bezel than what is featuring on the leaked image. 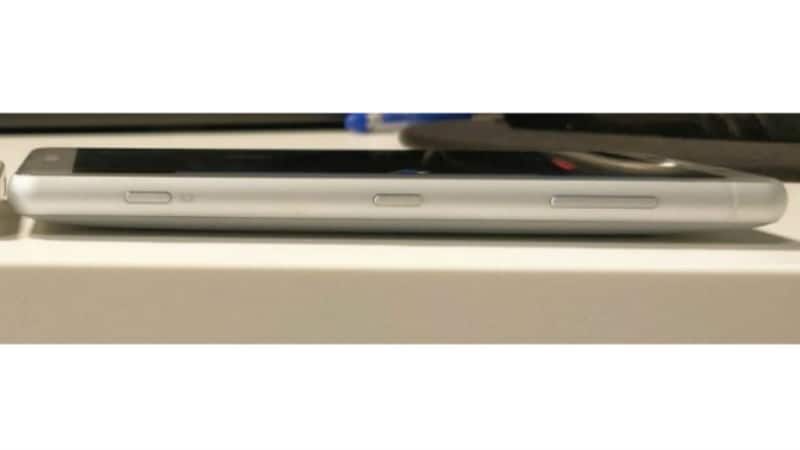 Some other readers on the Xperia Blog pointed out that the build appeared in the leaked image matches the plate + human design concept that was in some news back in 2015.

Previous reports claimed that the Sony Xperia XZ2 Compact will come with an 18:9 aspect ratio display that is expected to be in about 5-inch size. The Xperia XZ1 Compact successor is also expected to run Android Oreo out of the box.

Sony is speculated to announce the Xperia XZ2 Compact at the forthcoming MWC. Moreover, it is also rumoured to bring the Xperia XZ2 flagship as well as the Xperia XZ1 Premium, Xperia XZ1 Plus, and Xperia XZ1S at the convention to sit against other participating smartphone companies, including Samsung and HTC.