Sony Mobiles on Thursday announced the rollout of an update for its 3D Creator app on its smartphones including the Xperia XZ1 and Xperia XZ Premium. In accordance with the update, users of these two phones will be able to upload their 3D scans on to their Facebook accounts using the 3D creator app. The update comes in the wake of Facebook introducing 3D posts and industry-standard "gITF 2.0" file format" that will enable creators to upload high quality 3D content on the social platform.

According to Sony, viewers of the 3D posts will be able to rotate, pinch, zoom in, and spin the images as per their preference. Sony's 3D creation app also allows users to convert people and objects into 3D avatars.

"3D creation is no longer just for professionals - 3D Creator by Sony has made it accessible to everyone and enabled 3D scanning in a matter of seconds and sharing in an instant. For existing XZ1, and XZ Premium users who have 3D Creator, the application can be updated through Google Play," said Sony Mobiles in a press statement. 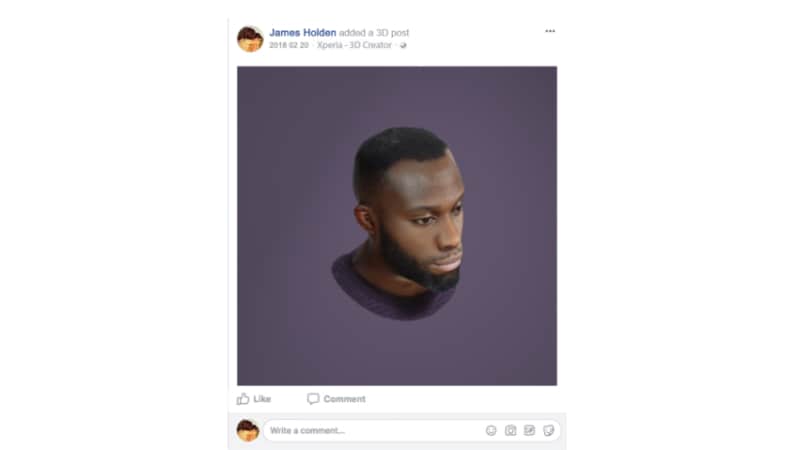 Facebook's gITF 2.0 compliance comes with support for various texture, lighting, and realistic rendering techniques that help enhance the quality of 3D posts on the platform. Add to that, these 3D images also support "unlit workflows" to enable stylised art. "In the future, we envision a seamless digital world where people can share immersive experiences and objects like these across VR, AR and Facebook News Feed. To get there, we'll work on supporting even higher quality 3D models, enabling interactive animations and bringing 3D content into the real world using AR," said Facebook in a statement on Tuesday.