With IFA 2017 just around the corner, big tech companies like LG and Samsung are expected to make an appearance and launch smartphones and smartwatches respectively. Sony is also set to be there, and was earlier reported to launch a 6-inch flagship device in Berlin. Now, fresh renders of the Xperia XZ1 leaked so close to IFA hint that the smartphone is set to launch at the event beginning on September 1. The renders show the Xperia XZ1 smartphone from all angles, giving us a fair idea of what to expect from Sony's upcoming flagship offering. Furthermore, specifications and renders of the Xperia XZ1 Compact have also been leaked in the past hinting at its launch alongside as well.

The Xperia XZ1 was listed on Amazon briefly by mistake, and was pulled off really quickly, but not before the renders were obtained by tipster Roland Quandt. The renders show the Sony Xperia XZ1 in Black and Pink sporting a sleek metal body, and sufficient bezel in the front. The bezels however are meant for housing two front-facing speakers. The volume, power, and the shutter button for the camera, are all situated on the right edge, and the fingerprint sensor is embedded underneath the power button.

The Xperia XZ1 is further tipped by CompareRaja and OnLeaks) to sport a 5.2-inch display, be powered by the Snapdragon 835 SoC, and sport a single camera setup at the back. There's expected to be a 19-megapixel senor at the rear end, and it is apparently capable of recording 4K video and 960fps slow motion video. At the front, there is tipped to be a 12-megpaixel sensor for selfies and video chats. One of the most interesting rumour is that the Xperia XZ1 will run on Android Oreo out of the box. Given that it has just been days since Android Oreo has begun rolling out to compatible devices, this addition, if true, will give the smartphone a real advantage.

Alongside the Xperia XZ1, Sony is also expected to launch the Xperia XZ1 Compact at IFA. OnLeaks in partnership with 91Mobiles leaked specifications and renders of the compact variant as well, and it seems to sport a smaller 4.6-inch HD (720x1280 pixels) display, a Snapdragon 835 SoC, 4GB of RAM, and a 2600mAh battery. It is said to run on Android Nougat, and not Android Oreo like the Xperia XZ1. However, it should get an Android 8.0 update in the future. The design language seems to be similar to the Xperia XZ1, except for its smaller form factor. The dimensions are tipped to be at 129.5x64.5x9.4mm. 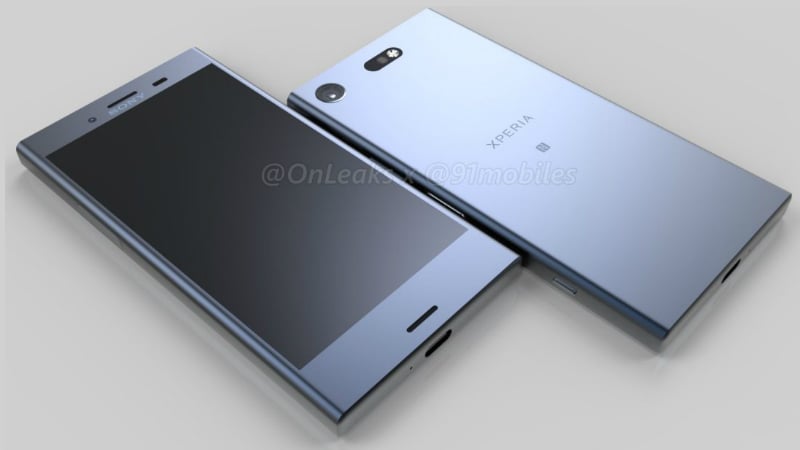