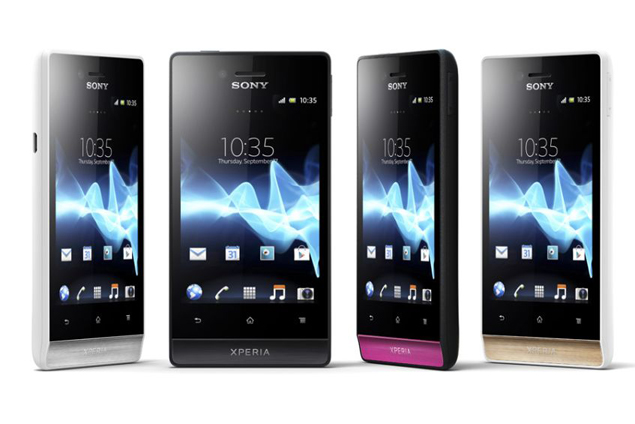 The Sony Xperia miro recently went up for pre-order on popular online retailing site Flipkart. Now the device's availability has been confirmed. The Xperia miro is available for Rs. 15,249 as listed on the Sony India website. Users can head to Flipkart as well and avail the smartphone for Rs.14,499.

The smartphone was announced way back in June along side the Xperia tipo and tipo dual smartphones as part of the company's Facebook campaign. The Xperia tipo also went up for pre-order on Flipkart earlier this month, priced at Rs. 9,499 and is now also available in Black, White, Red and Blue colours.

The Sony Xperia miro is powered by an 800MHz Snapdragon processor with 512 MB RAM. It has 3GB internal storage expandable up to 32GB via microSD card. When announced, the phone was expected to launch in 4 colours: black, gold, pink and silver. Though Flipkart lists only the black variant with the white miro going out of stock, Sony's website lists Black and White colour options.

With two of the three Xperia phones already available, we expect the Xperia tipo dual (dual-SIM) to also show up soon.