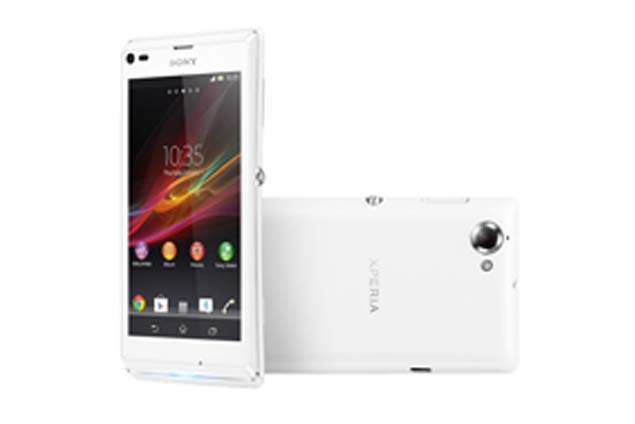 The smartphone is available through Snapdeal.com and the site is offering to dispatch it within seven business days.

Sony had unveiled the Xperia L back in March alongside the Xperia SP. Sony Xperia L features a 4.3-inch display with a resolution of 480x854 pixels, made of scratch resistant glass. It also sports an 8-megapixel Exmor RS front camera that supports 720p HD video recording and a VGA front facing shooter.

Sony Xperia L is powered by a 1GHz Qualcomm MSM8230 dual-core processor alongside 1GB RAM, and has 8GB of internal storage expandable by another 32GB via microSD card. The phone supports NFC functionality and comes with a 1750mAh battery. The company claims that the battery will enable the phone to offer a talk time of up to 8 hours and 30 minutes and standby time of up to 498 hours. Other connectivity options include Wi-Fi, DLNA, 3G, GPS and Micro-USB. The phone runs on Android 4.1.2 (Jelly Bean).

Sony Xperia L had earlier gone up for pre-order on Infibeam for Rs. 18,990 and mentioned that the smartphone will be available by May 8.

In April, Sony had listed Xperia SP for pre-orders AT Rs. 25,490. Sony Xperia SP packs in a 4.6-inch 720p HD display. It is powered by a 1.7GHz Qualcomm Snapdragon S4 Plus dual-core processor along with Adreno 320 GPU alongside 1GB of RAM and 8GB of internal storage, which can be expanded up to 32GB through microSD card.

Camera wise, Sony Xperia SP comes with an 8-megapixel auto focus shooter with LED Flash and a VGA one in the front. It runs on Android 4.1 and the company has indicated that it will be rolling out an update to Android 4.2 in due course of time. Connectivity options include Wi-Fi 820.11 a/b/g/n, DNLA, Bluetooth 4.0, NFC and GPS with Glonass. The smartphone comes with a 2,370 mAh battery.

Even at $28 a share, Facebook is overvalued, says Barron's
Acer Iconia A1 tablet with 7.9-inch display launched for $169