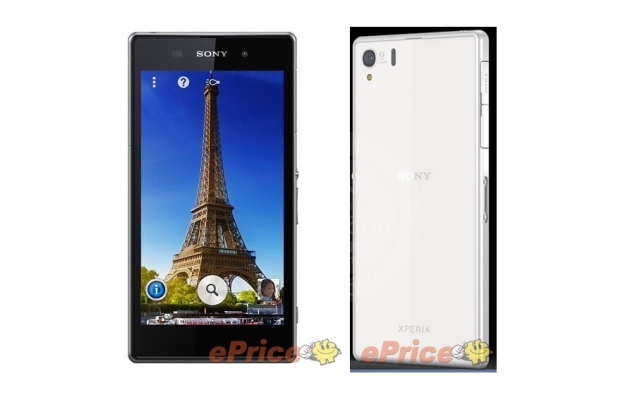 Sony may not be making too much headlines since it announced the Xperia Z Ultra, but that doesn't mean that the company is not working on any other devices. The latest buzz is about the Japanese handset vendor's next flagship device Xperia i1, popularly known as 'Honami', that has been the subject of several leaks in the past.

According to ePrice, Sony Xperia i1 will come with a 5.0-inch display with 1080p resolution. It will be powered by a 2.2GHz quad-core Snapdragon 800 processor with 2GB of RAM. The most-talked about specification is its 20-megapixel Exmor RS camera that would also feature Sony G-lens and BIONZ image processor which are usually found in some of Sony's digital cameras.

The front will house a 2.0-megapixel camera. The device will come with 16GB expandable storage, though the maximum supported capacity has not been detailed yet. The device will include a 3,000mAh battery and would come with dimensions 144x73.9x8.3mm. It will run the Android 4.2 Jelly Bean operating system.

The device is also said to come with IP57 certification which means it is dust-and water-resistant.

It is being said that Sony will unveil its Honami smartphone at a press event on September 4 at the IFA expo in Berlin. ePrice further claims that Sony has already sent out invitations related to the launch of Sony Xperia i1 Honami.

The Sony Xperia i1 'Honami' alleged press shots were leaked a few days ago. Earlier the model number of the handset was confirmed to be C6906.