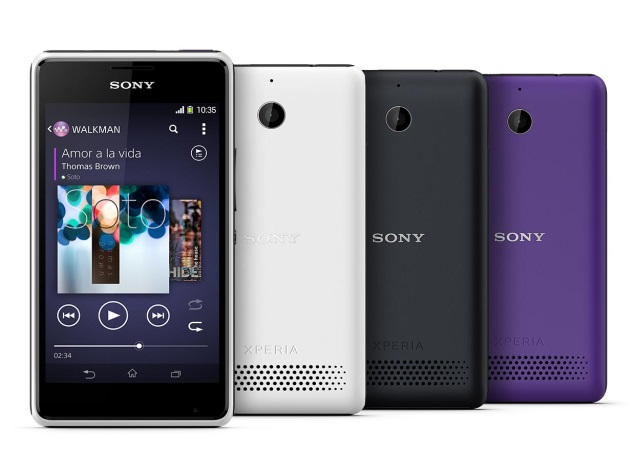 The Sony Xperia E1 is the single SIM variant, while the Xperia E1 Dual is the dual-SIM (GSM+GSM) variant, and both models otherwise come with identical specifications.

The Sony Xperia E1 (and Xperia E1 Dual) features a 4-inch WVGA display with a resolution of 480x800 pixels and a 233ppi pixel density. The smartphone is powered by a 1.2GHz dual-core Qualcomm Snapdragon 200 (MSM8210) processor, alongside 512MB of RAM. The Xperia E1 comes with 4GB of inbuilt storage, with expandable storage support up to 32GB via microSD card.

The Xperia E1 sports a 3-megapixel rear camera capable of 720p recording, and has no front-facing camera. The smartphone packs a 1700mAh battery that's rated to deliver up to 9 hours of talk time, and 551 hours of standby time. Notably, it features 3G connectivity support. The smartphone weighs in at 120 grams, and has dimensions 118x62.4x12 mm. Sony notes that the Xperia E1 will be available in Black, Purple and White.

The Japanese giant is touting the Xperia E1 as mid-range device and claims that the device can produce up to 100Db music through loudspeakers. Sony also is offering a promotional 30 day free pass for company's Entertainment Network music streaming service.