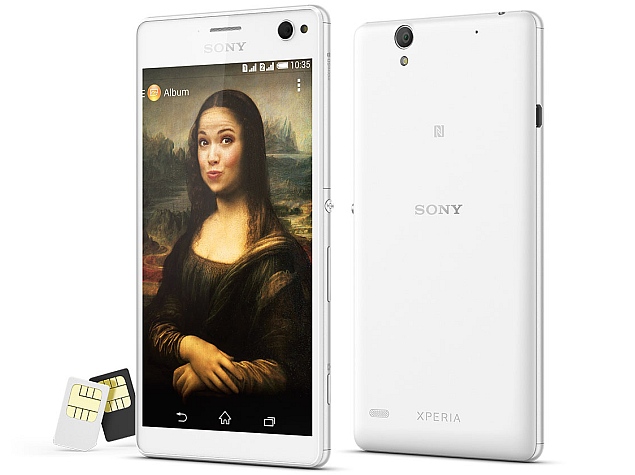 The handset equips a 13-megapixel autofocus rear camera with LED flash. Being the next model in Sony's selfie-focused smartphone lineup, the Xperia C4 Dual retains a 5-megapixel front-facing camera and includes the company's Exmor R sensor alongside an LED flash and a 25mm wide-angle lens. Both cameras feature image stabilisation and red-eye reduction.

The Xperia C4 Dual includes 16GB of inbuilt storage, which is further expandable via microSD card (up to 128GB). The smartphone is backed by a 2600mAh battery, which is rated to deliver up to 12 hours 47 minutes of talk time and up to 682 hours of standby time.