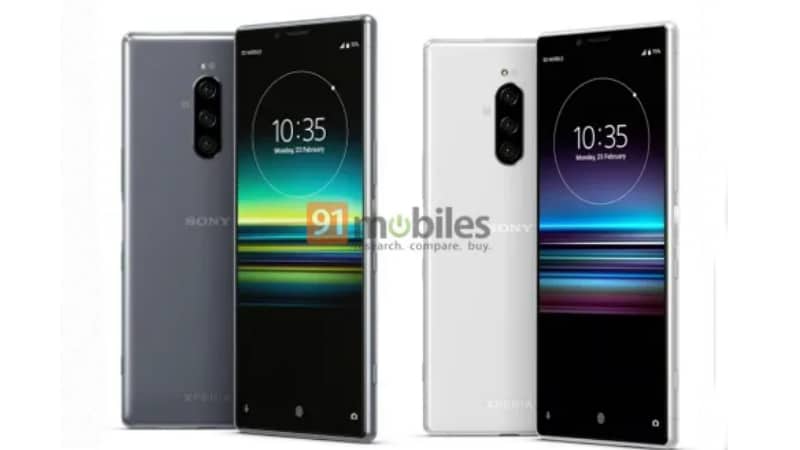 Sony Xperia 1 leaked photo suggests a triple rear camera setup, a side-mounted fingerprint sensor, and slight bezels on the top and bottom portions of the display. The phone is tipped to run on Android Pie, pack a 6.5-inch 4K HDR OLED display panel with 21:9 cinema-wide screen and Corning Gorilla Glass 6 protection. It is listed to be powered by the Snapdragon 855 SoC paired with 6GB RAM. Internal storage should be at 128GB with the option to expand further using a microSD card slot (up to 512GB).

The phone packs a 3,300mAh battery, and connectivity options include 4G LTE, dual-SIM slots, and a USB Type-C port. The Sony Xperia 1 is IP68 certified for water and dust resistance.

Sony Xperia L3 specifications, design (leaked)
The most budget offering of the lot features a side-mounted fingerprint sensor, a dual rear camera setup aligned vertically, and significant top and bottom bezel up front. The Sony Xperia L3 is tipped to run on the dated Android Oreo, pack a 5.7-inch HD+ display with 18:9 aspect ratio, and be powered by the MediaTek 6762 processor. It packs 3GB RAM.

We recommend you take all the information with a pinch of salt until all the official details are out.

Building a Reputation in India More Important Than Making Money: Dyson
Intel Says Its 5G Modem Chips Will Not Appear in Phones Until 2020