Sony Xperia 1.1 aka Xperia 5 Plus to Pack 5 Rear Cameras: Report

Out of the five rear cameras on the Sony Xperia 1.1, one of them is said to be a periscope unit with OIS.

Sony will be hosting an event at this year's MWC on February 24 in Barcelona, where the company is expected to unveil its latest flagship smartphone the Xperia 5 Plus, which is also being referred to as the Xperia 1.1. Now, a new report by a Japanese publication claims that this upcoming Xperia flagship will be packing dual-front stereo speakers and a total of five cameras at the back, out of which one of the lenses will be a periscope unit. 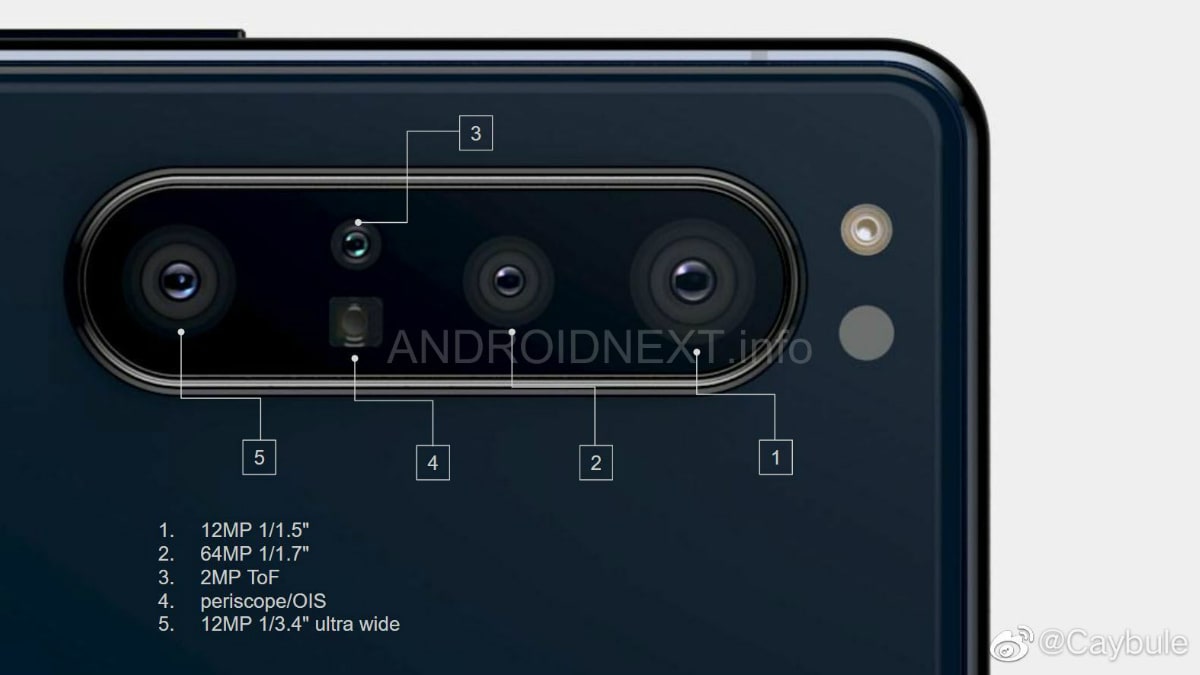 Now, the newly leaked image falls perfectly in line with renders of the Xperia 5 Plus that were first leaked as a CAD-based 360-degree video courtesy of @OnLeaks in collaboration with @Slashleaks. This leak surfaced earlier this month, and at the time it was speculated that the phone will pack a triple-camera setup at the back along with a separate Time-of-Flight camera for depth mapping.

Apart from all this, the upcoming Sony Xperia 5 Plus flagship or whatever Sony decides to name it, is rumoured to feature a tall 6.6-inch OLED display, a Snapdragon 865 SoC and 5G connectivity to name a few. But this is all speculation at this point, and we'll have to wait for Sony's MWC event to find out about the final thing.